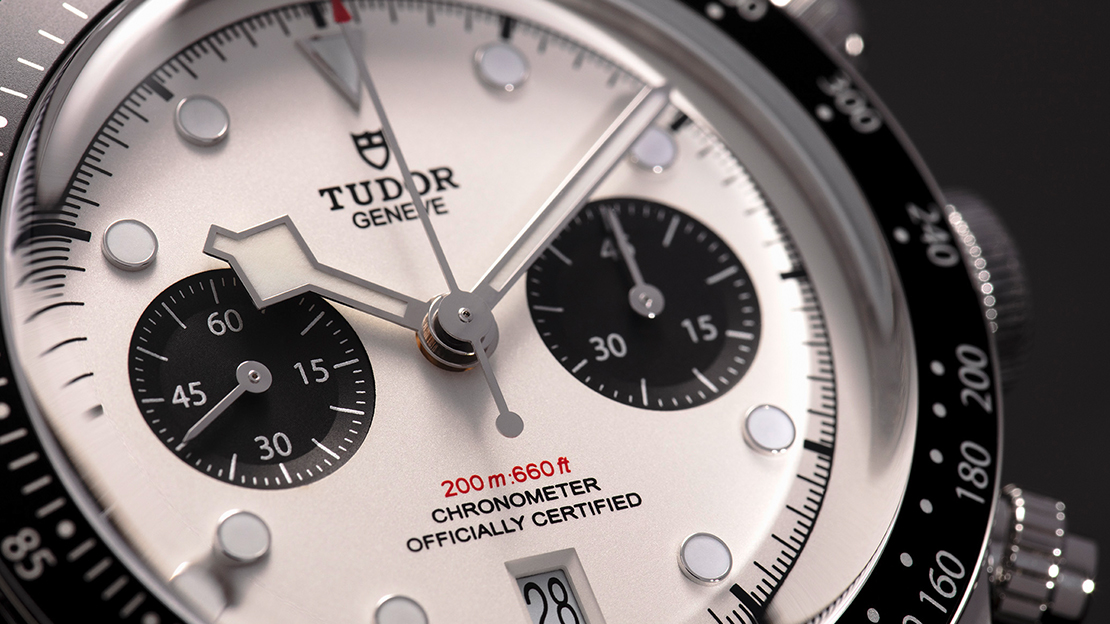 Earlier this year, TUDOR announced the new Black Bay Chrono. A collectors’ favourite sports watch, it is inspired by both the aquatic heritage of the brand as well as its professional motorsports racing involvement in the 70’s. Offered in two colourways, black dial with silver counters or opaline dial with black counters, a configuration sometimes nicknamed “panda” by watch enthusiasts, this timepiece blends classic aesthetic elements of both worlds. The Black Bay Chrono, “panda” is the watch that partners with Jay Chou in a new tongue-in-cheek short film TUDOR just released, the second commercial the King of Mandopop entirely directs and stars in for the Swiss brand.

Shown driving a black classic car, Jay Chou parks in front of a TUDOR Boutique at an undisclosed location and enters. The store is busy with lots of clients and when Jay Chou finds the Black Bay Chrono, he is looking for in a counter display, he is unable to get any of the sales associates to attend to him. That’s when the magic happens. Jay Chou’s hand literally goes through the glass of the display where he grabs the watch and pulls it out, leaving the display seemingly absolutely untouched. This magic hand finally gets him the full attention of the staff who now all rush to him when in another jaw-dropping magic move from Jay Chou, the watch ends up on the wrist of a bewildered sales associate.

Well taken care of, Jay Chou now leaves the boutique, his purchase made and with one last goodbye trick leaving the TUDOR boutique staff speechless… This last trick just like all the others in this film have been performed on set, live by Jay Chou who in addition to being an accomplished musician, singer-songwriter, actor and director is also a talented magician. Not wanting to reveal his secrets, in true magician fashion, Jay Chou asked the entire production crew to leave the set when he performed the counter display trick, keeping only the cameraman with him. Magic…

Inspired by the playful worlds Jay Chou is known to create with his art and highlighting his long-lasting love of magic, this film exemplifies his daring nature, never shying away from another creative project in a true #BornToDare spirit, the very spirit that gave birth to TUDOR.