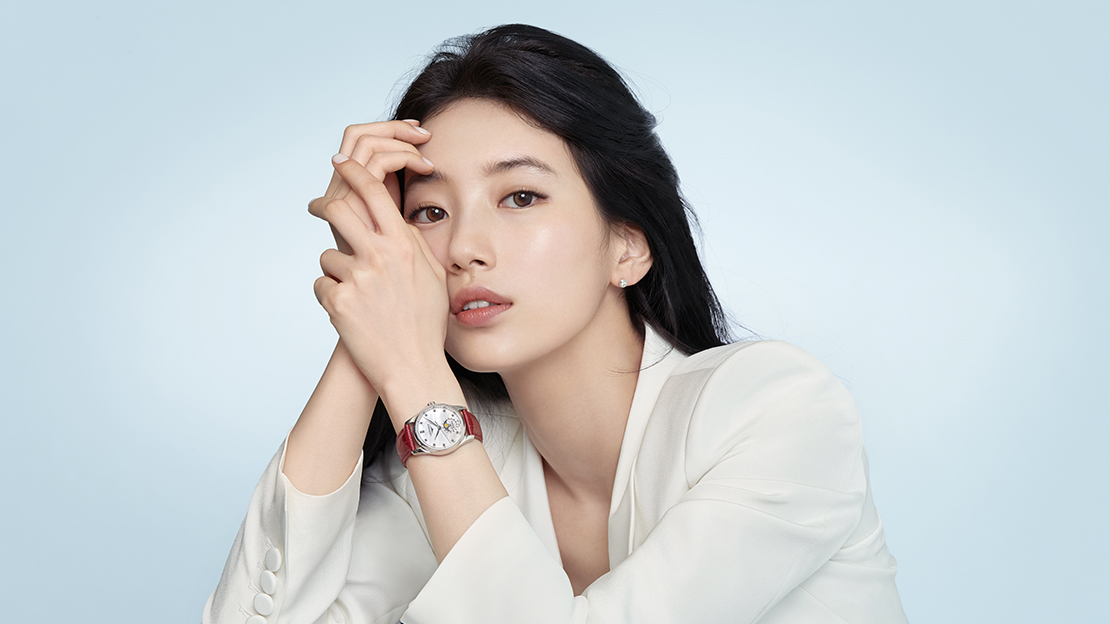 Suzy made her debut in 2010 with the K-Pop group Miss A and has since had a major impact on pop culture with her leading roles on the big screen and in television, associations with high-end fashion houses and stellar music career.

The newest Longines Ambassador of Elegance is no newcomer to stardom. Suzy, the 27-year-old actress and musician from South Korea, has received numerous awards ever since her debut and is now a true icon.

Longines CEO Matthias Breschan welcomed Suzy to the Longines family, saying: “With her brilliant reputation and impeccably cultivated elegance, Suzy is a natural fit for Longines. We are excited to welcome her to our family of Ambassadors of Elegance and work with her on a range of projects. Fans of our brand and Suzy’s followers have so much to look forward to.”

Equally enthusiastic about this new partnership, Suzy says: “It is my great pleasure to join Longines, a prestigious watch brand with 190 years of history. I am looking forward to all the elegant journeys, precious time together and connections I will make as a Longines Ambassador of Elegance.”

Immediately after making her musical debut as a member of the girl group Miss A, Suzy’s star rose quickly. She began hosting various events and soon ventured into acting, for which she received a wide range of awards. Her solo music career began in 2017 with her pre-release single “Pretend” topping music charts. She released her newest single, “Satellite,” this year to wide-spread acclaim.

Suzy is also known for her philanthropy. She consistently makes large donations to worthy causes, such as for victims of floods due to heavy rains, low-income families, people suffering from incurable diseases, and preventing the spread of COVI D-19.

The passion and elegance she expresses in each and every one of her engagements is completely in line with Longines’ image and Suzy embodies all of the brand’s values. She is a welcome addition to the Longines family, and this relationship is sure to appeal to watch lovers and culture enthusiasts around the globe.