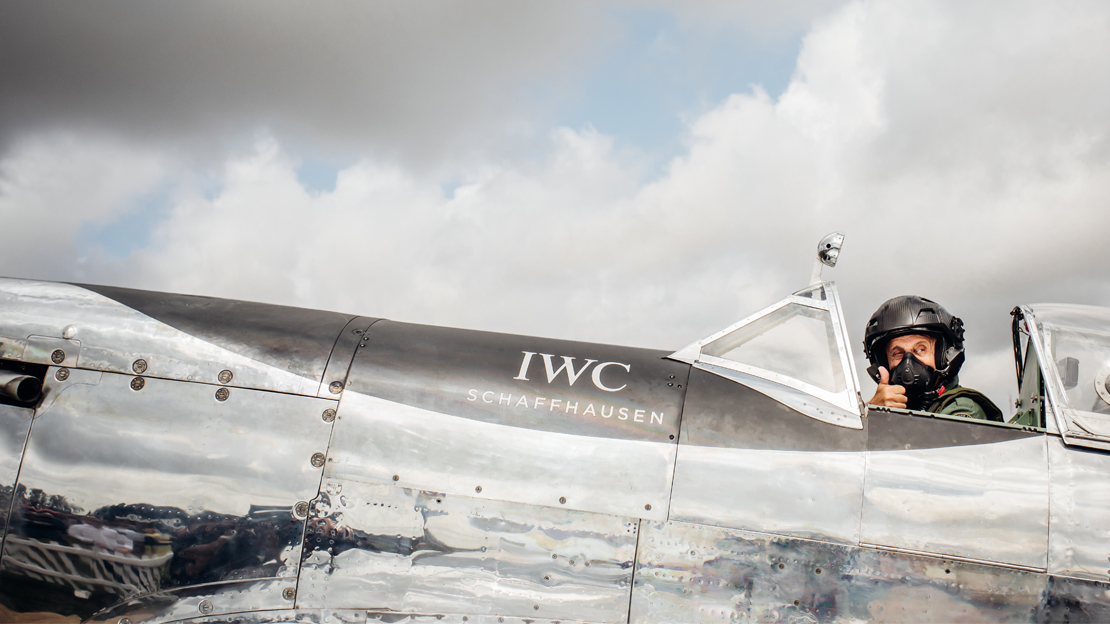 THE gleaming plane, previously seen in public only at exhibitions (and by a few during test flights) finally took off from the Goodwood Aerodome to start the first leg of its round-the-world journey covering 30 countries and 43,000 kilometers. The fully restored vintage aircraft is the star of “Silver Spitfire – The Longest Flight”, a project by IWC Schaffhausen and the Boultbee Flight Academy, with help from Aviation Adventures Ltd.

Piloting the Spitfire on the first leg of its journey is Matt Jones, with Steve Boultbee Brooks coming along with him. The two are founders of the Boultbee Flight Academy, the first training center for flying Spitfires.

From Goodwood in England the flight heads for Iceland, then to Canada and the US — apparently the weather over the Arctic favors the route this time of the year. If the initial flight plan will be followed, from the US the Spitfire will fly toward Southeast Asia, then on to India and the Middle East, before returning to Europe. The journey will be broken up in around 100 segments.

To keep track of the different time zones during the flight, Jones and Boultbee Brooks will rely on both modern regulated instruments — computers — and romantic mechanical contraptions that would function no matter what, i.e., the IWC Pilot’s Watch Timezoner Spitfire Edition “The Longest Flight”. This watch can be set to a different time zone by simply turning its bezel to the desired location. The pilots won’t have any trouble with this.

“I am excited to witness the start of the expedition. Never in the history of aviation has a Spitfire embarked on such a long and arduous journey. I wish Steve Boultbee Brooks, Matt Jones and the entire ground crew every success,” said IWC Schaffhausen CEO Christoph Grainger-Herr at the Goodwood take-off gig, which was attended by around 400 guests. Among them were IWC brand ambassadors Rosamund Pike and David Coulthard.

The trip of the “Silver Spitfire – The Longest Flight” started two years back with the ground-up restoration of a Vickers Supermarine Spitfire Mk. IX, whose MJ271 registration identifies it as having been built in Castle Bromwich, England in 1943.

Commissioned to rebuild the plane was The Aircraft Restoration Co. in Duxford, England. When the Spitfire arrived there it had no flying instruments or an instrument panel, and major parts of its hydraulic system were missing. Its undercarriage legs and propeller needed replacing. The 15 engineers who labored over the plane had to sift through more than 20,000 rivets, making sure each one was serviceable.

But despite the work it needed, the MJ271 turned out to be quite original; numerous parts were actually reused. Where upgrades would not hurt, the plane got them. Among these were fail-safe radio systems, fuel pumps and vacuum pumps, as well as six more fuel tanks to add to the original two. This meant new pipes, valves and pumps had to come on board, too. The 1,700hp Rolls-Royce Merlin 70 engine was overhauled and certified ready to take on 500 flying hours.

Boultbee said the work was intense, especially in the last few months, but added he is thrilled that the team can finally begin the circumnavigation flight.