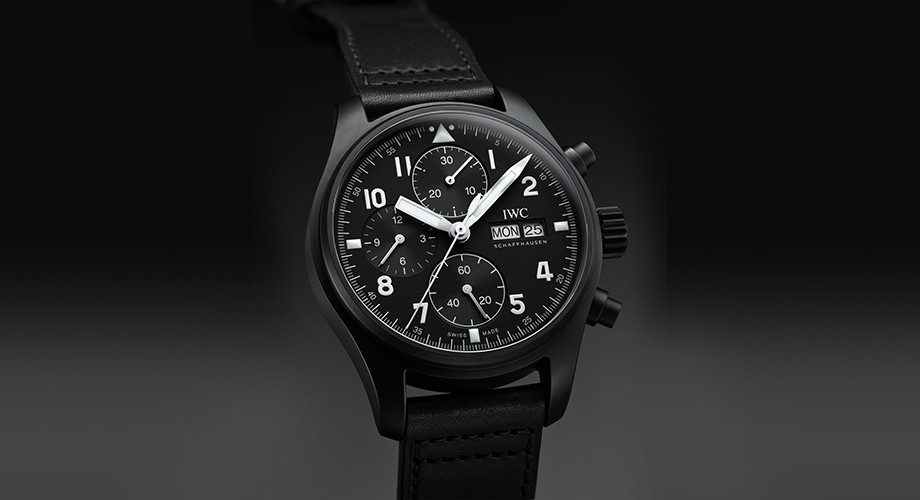 IWC’s Reference 3705 was a rather unusual piece for it’s time. It was a black pilot’s watch released in 1994, but with a black ceramic case. It was actually ground-breaking, with the watch company making bold use of ceramic. It was, however, discontinued after only three years. One of those watches that may not have been appreciated at the time but went on to be a fairly well-known and rare niche piece.

The new watch is Reference number 387905, and it pays homage to that first watch. Still primarily black, though now the case is made of Ceratanium. Ceratanium was developed by IWC to be light and robust like that other aviation favorite, titanium, but also to be harder and more scratch-resistant like a ceramic. The dial is a replica of the original ’90’s piece, and uses IWC manufacture calibre 69380. It is a chronograph with day and date display, as well as a hack seconds on the small subdial. A soft-iron inner case helps against magnetic fields, and the glass is secured so it won’t pop off if a pilot flies a little too high to where the air is thin.