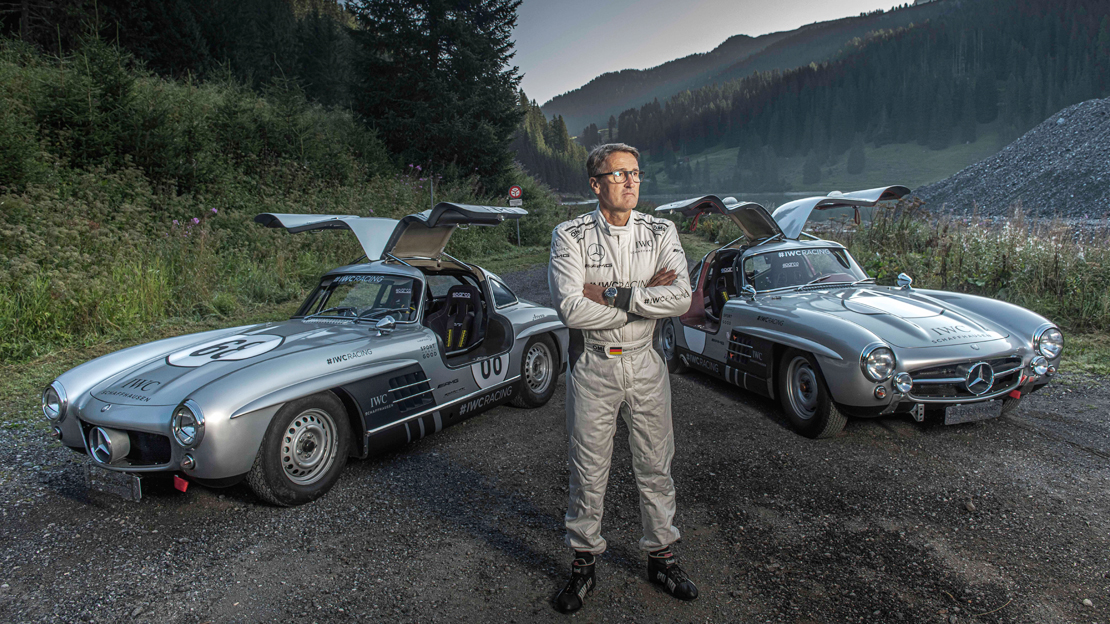 AROUND 27,000 classic car fans and motor racing enthusiasts turned up for this international hillclimb racing event. And with good reason; 162 drivers and 200 cars, ranging from pre-World War II racecars to sports cars from the 1950s and 1960s, lined up at the starting grid. Also included among these were historic machines like a 1956 Lotus Eleven Le Mans and a 1971 Brabham BT36.  Plus, the race is held on a 7.3-kilometer course on twisty mountain roads featuring 76 challenging turns and a maximum gradient of 12%. For a car to be declared winner, it has to complete four races.

This was the Arosa ClassicCar 2019. Its 15th edition was held early this month at the event’s traditional venue; the cantonal route between Langwies and Arosa at the picturesque Graubunden mountains in the Swiss Alps. And in this stunning setting, the IWC Racing Team left an impression as it signed up its 1955 Mercedes-Benz 300 SL “Gullwing,” driven by five-time DTM champion and Mercedes brand ambassador Bernd Schneider.

During the hillclimb race, Schneider showed he knew exactly how the Gullwing behaves and used this to his advantage. The car, whose 3.0-liter straight-six engine makes 215hp, can reach 250km/h. Besides its performance, though, the Gullwing is also coveted by enthusiasts for its engineering and craftsmanship — well, basically the core values defining IWC watches. Little wonder IWC has been a partner to the Mercedes-AMG Formula 1 team for several years now; they share the same qualities that hallmark success in motor sports and watchmaking.

“There is almost nowhere that the passion for motor racing is as palpable as here at this race,” said IWC managing director Switzerland Linus Fuchs at Arosa.

IWC, which participated in Arosa for the second time, has in fact been campaigning its Gullwing in classic car races since last year. One of the more special events in which the car saw action was at the famed Goodwood Members’ Meeting in England held in April. There, the IWC Gullwing took first place in the Tony Gaze Trophy.