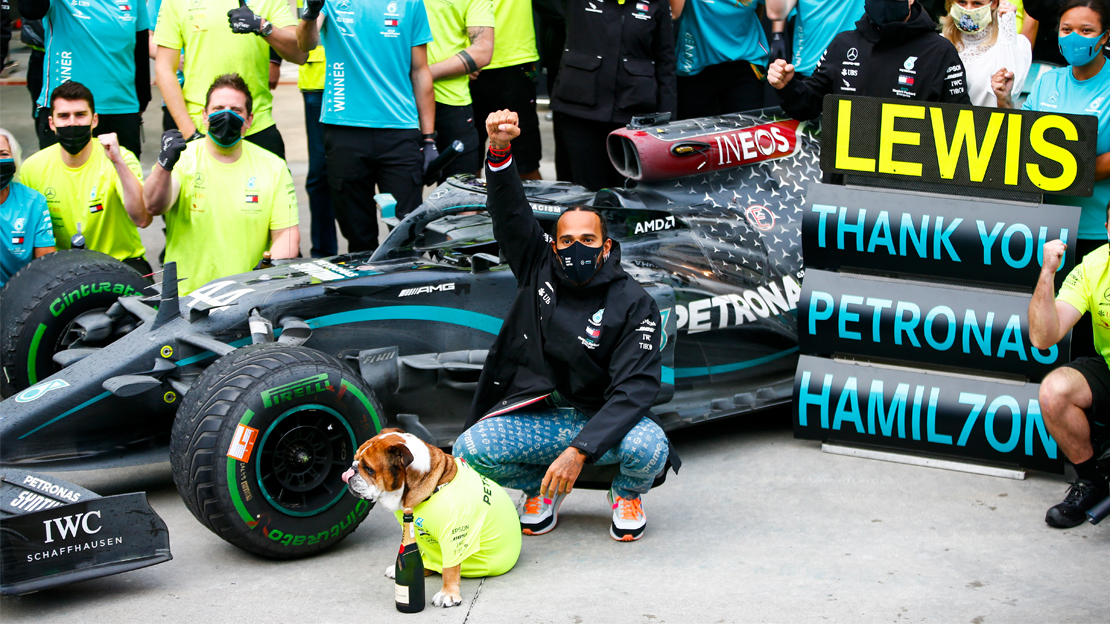 Wrapping up both the Formula One Constructor’s and Driver’s titles in one season is a great achievement for any Formula One team. Wrapping up both with three races to go means total dominance over anything else on the starting grid. What makes the team’s achievement a monumental one is the fact that they have done it seven times for both. Furthermore, the Mercedes-AMG Petronas F1 team became the first F1 team in history to score seven straight double titles.

Of his seven World Driver’s Championship titles, Lewis Hamilton has won six with the Mercedes team. He has also set a new record for career wins with 94 as well as setting all-time records for most podiums, points, races led and pole positions. As a team, the Silver Arrows have claimed 13 pole positions, eight fastest laps, 12 wins and five one-two finishes from the fourteen races completed this 2020 season.

As the team’s Official Engineering Partner, IWC’s focus has been on technical aspects as well as common attributes shared by mechanics and engineering present in top tier motorsports and watchmaking.

In 2019, IWC presented the “Lewis Hamilton” Big Pilot’s Watch Perpetual Calendar Edition (ref. IW503002). The special design, limited to 100 watches, combines a black ceramic case and a Bordeaux-red dial with a crown and a case-back ring made of 18-carat 5N gold. The British racing driver created the distinctive timepiece together with IWC’s designers.

“It has been incredible to see Mercedes, Lewis and Valtteri triumph and make Formula One history this season,” said IWC Schaffhausen CEO Christoph Grainger-Herr. “The team met 2020’s challenges head-on and raised the bar to an even higher level. IWC shares the same dedication and passion, and we are all so proud to celebrate this epic success with our long- standing partner.”