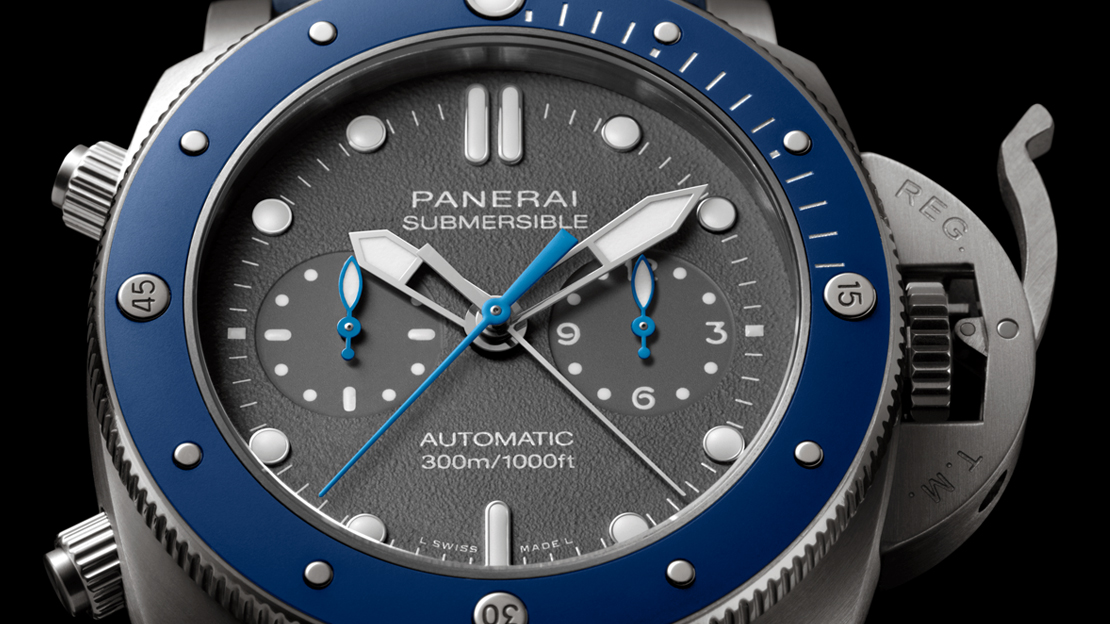 THE bond between Officine Panerai and free-diving legend Guillaume Nery began when Nery starred in the third installment of “Mare,” a film series devoted to Panerai’s kinship with the sea. In the short film, Nery can be seen doing what he does best, while at the same time providing a narrative on his passion for diving. Strapped to his wrist in this film was the Luminor Submersible 1950 Amagnetic 3 Days Automatic Titanio (PAM1389), whose 300-meter water-resistance rating is obviously more than adequate for free diving.

Free diving, by the way, is a sport which calls for holding one’s breath, rather than relying on some form of breathing apparatus, during prolonged submersion in water. Though the term can include other activities like spear fishing, underwater photography, or even synchronized swimming, free diving, as far as Nery and his ilk are concerned, also means constant-weight diving, meaning the descent and ascent is achieved by fin propulsion alone — no sleds, no air bladders are used.

Now, Panerai and Nery are about to plunge deeper into their relationship with the release at the upcoming 2019 Salon International de la Haute Horlogerie in Geneva of the new Panerai Submersible Chrono – Guillaume Nery edition.

Designated the PAM982, the piece has a 47-millimeter titanium case that’s sealed on top by a 1.8-millimeter-thick sapphire crystal and a titanium screw-down caseback. Like the PAM1389, it is water-resistant to 300 meters.

The Nery watch is also fitted with a uni-directional rotating bezel made from titanium and which has a ceramic insert, Panerai’s iconic crown protector that’s made of titanium as well, and a rubber strap secured by a titanium buckle. A pair of chronograph pushers resides at 10 o’clock and 8 o’clock.

Beating the beneath the surface is the in-house cal. P.9100, which is the first self-winding chronograph built at Panerai’s Neuchatel manufactory. It has a proper vertical clutch and a column wheel, and boasts a flyback function — or the ability to be instantaneously reset to zero even when the chronograph is running, and just as quickly restarted.

An unusual feature of the cal. P.9100 is a central chronograph hand that counts the minutes, rather than the seconds. This central hand advances from one marker to the next every 60 seconds. The second readout is displayed at a subdial at 9 o’clock while the hour chronograph register is located opposite it. The cal. P.9100 packs a 72-hour power reserve, has 37 jewels and spins at 28,800vph.

A suitably sporty dive suit wraps over the PAM982 mechanical bits. Besides the watch’s titanium skin, a shark gray textured dial, blue ceramic bezel insert, blue chronograph hands and blue rubber strap combine to make a purposeful look. Round hour indices, markers and other inscriptions are rendered in white, keeping them quite legible. Engraved on the caseback is a depiction of a fish-like Nery underwater, as well as the free-diver’s signature and a small “-126m” scribble.

A native of Nice, France, Nery in 2015 set the French free-dive record at 126 meters — two meters shy of the world record. Take note, however, that in the same event he earlier reported a dive of 129 meters, but which turned out to have actually been much deeper, at 139 meters, after it was found the organizers made a mistake in placing the measuring line. Because of this, the depth could not be considered a record.

Still, there is no question 126 meters is abyssal.