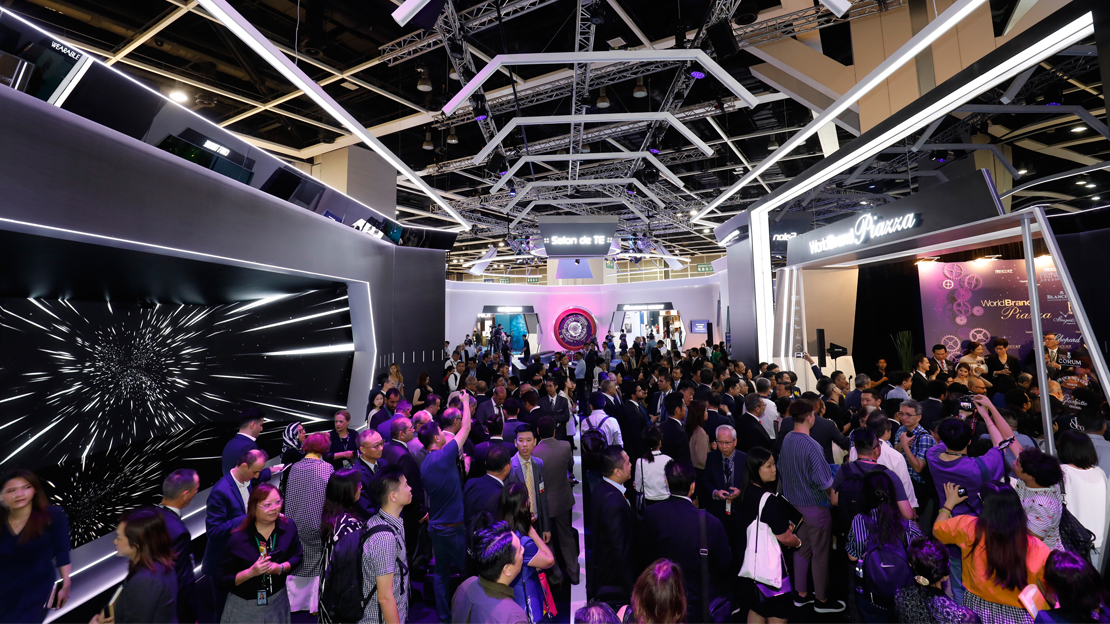 TO SAY Hong Kong is a hub of horology in the Far East is to say water is wet; there is no doubting this. And so it isn’t surprising too that this dynamic economy is home to one of the more significant global gatherings for timepieces. Set to take place on September 3-7 at the Hong Kong Convention Center is the 38th Hong Kong Watch & Clock Fair, along with the Salon de TE. Both are billed as venues for topnotch timepieces and trade.

These are no empty claims. In the first seven months of 2019 Hong Kong is the world’s largest importer of Swiss watches, a position it has consistently held in recent years. Latest available data from the Hong Kong Trade Development Council (HKTDC), organizer of the Hong Kong Watch & Clock Fair, show the economy was the second largest exporter of complete watches and clocks in 2016.

In the first half of 2018, Hong Kong’s total exports of watches and clocks grew 3%, with China and the US combined accounting for nearly one-third of the exports, according to the HKTDC.

The group added Hong Kong also exports a variety of parts and components for watches and clocks, including assembled movements, cases, watch straps, dials and parts for watch cases and bands. In the first six months of 2018, Hong Kong companies making these parts shipped 40% of their wares to Switzerland, 29% to China and 9% to Japan.

Last year, the Hong Kong Watch & Clock Fair and the Salon de TE drew more than 21,000 buyers from all over the world. Truly, Hong Kong is quite the trade hub for timepieces.

The upcoming editions of the events will gather more than 840 exhibitors from 23 countries, including Qatar, which joins for the first time.

Among the highlights in this year’s shows is the Pageant of Eternity, which will see around 160 exhibitors of premium collections. One company to check out here is Hong Kong’s Time Industrial Manufactory Limited, which will display its TIMEIN/8163L (Floral Lace) watch adorned by 3D multilayer, paper-cut flowers and lace.

The event’s Chic & Trendy section will show more fashion-driven watches, including  those from a’-tek (Germany), Cemeo (Hong Kong), Daumier (Switzerland), Van Gogh (Netherlands), Florian (Hong Kong) and Le Jour (Europe). In particular, Daumier is set to launch its Justice League collection defined by designs depicting Batman, Superman, Wonder Woman, Aquaman, The Flash and Cyborg. Each of the designs will be available in only 333 pieces.

Providing a contrast to these sections is the Wearable Tech booths, which will present smartwatches and other techie timepieces. Berny (China) will show its BSW206M smartwatch whose hands can be calibrated via a mobile app.

Rounding off the events at the Hong Kong Watch & Clock Fair and the Salon de TE are a parade of watches, seminars, buyer fora and other networking activities. Representatives of major watch associations around the world will also gather at the Hong Kong International Watch Forum to discuss the latest industry development and global trade performance, while industry experts including representatives from international researcher Euromonitor will explore the integration of the Internet and watches at the Asian Watch Conference on 4 September.

A design competition for homegrown watch designers, co-organized by the HKTDC, Hong Kong Watch Manufacturers Associations Ltd. and The Federation of Hong Kong Watch Trades & Industries Ltd., have sifted through the 130 or so submissions the contest received. The winning pieces will be on display at the show.

Yes, these are how Hong Kong hails horology.