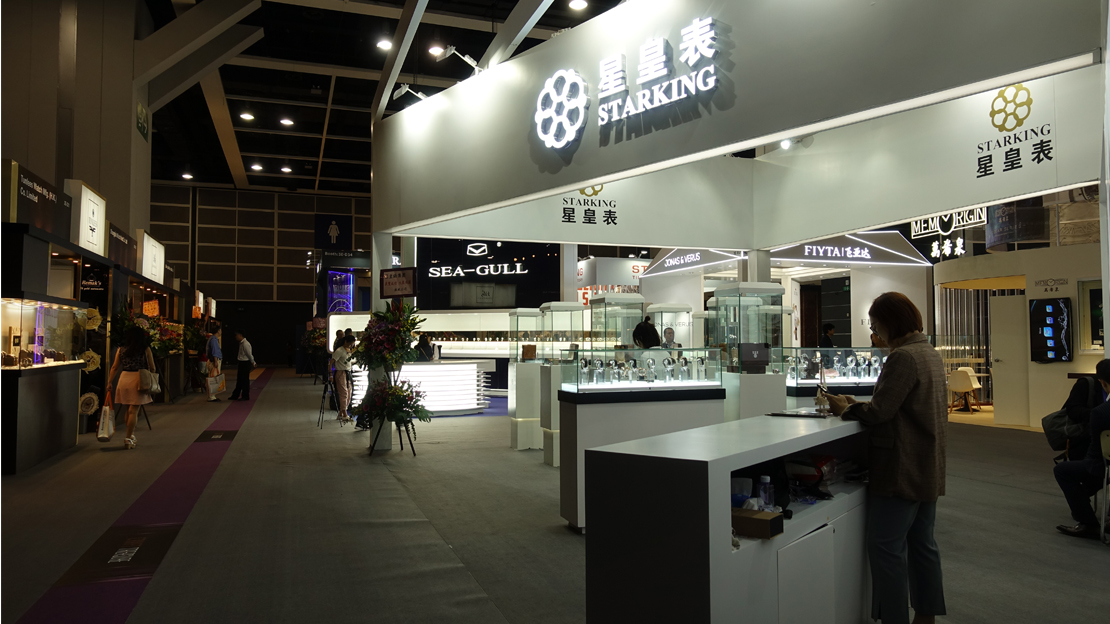 WORD at the close of this year’s edition of the Hong Kong Watch & Clock Fair has it that the popularity of smartwatches is on the rise, and that Southeast Asia is turning out as an emerging market for timepieces sourced, or even made, in the region.

Hong Kong’s premier horology happenings — the 38th for the fair and the seventh for the event’s Salon de TE exhibits of timepieces — took place on September 3-7. And despite ongoing political protests held in one of Asia’s most vibrant economies, nearly 18,000 buyers from 104 countries and territories visited the event, according to show organizers Hong Kong Trade Development Council (HKTDC), Hong Kong Watch Manufacturers Association Ltd. and The Federation of Hong Kong Watch Trades and Industries Ltd. The groups had put the 2018 edition’s “buyer attendance” at 21,234. While it is unclear if the 2018 and 2019 figures are directly comparable, or if factors like the Hong Kong protests and the US-China tariff war affected show attendance, still having nearly 18,000 buyers turn out for the fair this year is not insignificant.

Surveying smartwatches
In any case, what has been correctly identified as a trend in the last few years, according to the HKTDC, is the rising popularity of smartwatches among buyers who visit the fair.

In an on-site survey conducted during the 2017 edition of the watch and clock fair, which sought respondents’ forecasts for the next 12 months, the HKTDC reported show participants regarded smartwatches as “likely to become the new growth pole for timepieces,” citing these devices benefit from the growing popularity of wearable tech. Nearly half of buyers and exhibitors surveyed — 47% — said “going smart,” or the capacity to interact with other digital devices, should be the focus of future product development.

In a 2018 survey, the HKTDC said 40% of buyers believed that smartwatches “would continue to be the market leader over the next 12 months.” Almost the same proportion — 41% — of all respondents thought that smartwatches would post the highest growth in 2019, followed closely by leisure watches (40%) and fashion watches (37%).

An HKTDC-commissioned on-site survey during the first three days of the fair this year, which sought the insights of 839 buyers and exhibitors on market prospects and product trends, found 31% of them regarded smartwatches as being the “most popular” category in 2020. By comparison, automatic watches received 22% of respondents’ nod, digital analogue watches 18%, and quartz analog watches 14%.

A little more than half of those surveyed said watches which can be paired with smart devices are predicted “to be the most prevalent product development strategy in the coming year.” Following smartwatches in the list are fashion watches (40%), “mix-and-match” watches (or those with changeable parts to match clothing, at 39%), limited edition collections (35%) and celebrity-endorsed watch collections (29%).

One factor pitched as contributing to the increasing preference for smartwatches, according to Hong Kong Watch Manufacturers Association president Timothy Kao in a speech delivered during a forum at the recent show, is that older people are turning to these watches because they need to monitor health conditions. This trend can be seen in China and in South Korea, Kao cited.

Besides being able to pair with smartphones, as well as “tracking a person’s movements and measuring vital signs,” smartwatches can also “provide identification and security features,” according to an HKTDC report in 2018.

Sweet spot: Southeast Asia
One other notable trend emerging from developments at the 2019 Hong Kong Watch & Clock Fair is the rise of Southeast Asia as a destination for Hong Kong-sourced timepieces. An HKTDC report from October 2018 bared that among the 10 countries in the region, Thailand, Malaysia and Indonesia “have caught the attention of many Hong Kong exporters and retailers, thanks to their fast-expanding middle class and strong purchasing power.”

As growing affluence continues to translate into buying power, consumer spending on discretionary lifestyle items has been rising, the report said, citing in particular millennials’ “rising appreciation for exclusivity and a propensity to spend on middle- to high-end watches.”

At the same time, the report noted smartwatches offer convenience and connectivity to tech-savvy consumers in Southeast Asia. “Given the release of the Apple Watch and its Android rivals, smartwatch does not appear to be a trend that will end soon,” it said.

The past few years have seen affordable luxury watch brands booming in the region, too, the HKTDC said, specifically citing the success of Swedish brand Daniel Wellington, whose watches sell for around $150-$300, as well as that attained by Linje and MVMT, which focus on style, as examples. Luxury watches priced lower than $1,000, which may feature Swiss movements, sapphire crystal covers and leather straps, but which are assembled in countries with lower production costs, are increasingly getting popular as well.

The HKTDC survey at the most recent watch fair revealed basically the same insight. While most of the respondents viewed Japan, Western Europe, Taiwan and Hong Kong as the “most promising mature markets in the next two years,” the Middle East, China and Southeast Asia are seen as “having the best prospects among emerging markets.”

In terms of timepieces, Southeast Asia is a sweet spot, all right.