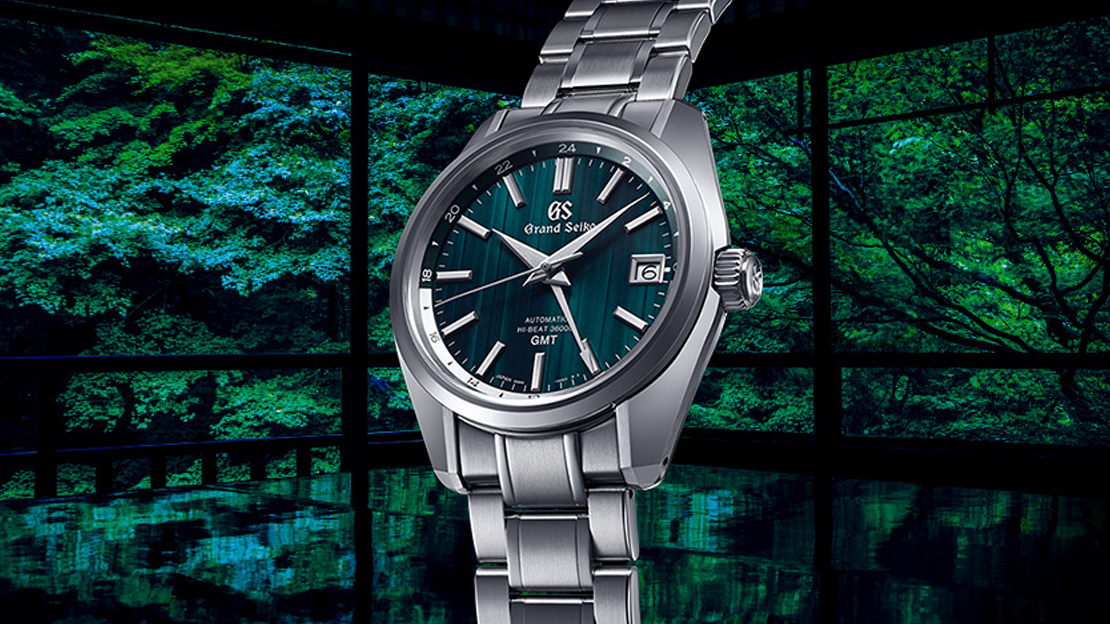 As luck would have it, Grand Seiko turns 60 (on December 18, to be precise) during this most tumultuous of years, but the Seiko brand’s steward, guardian, and purveyor of its most lofty ideals is pushing forward by releasing nine anniversary pieces to mark a milestone year that bears special significance in horology.

Averred Seiko Watch Corporation Director and Senior Vice President Yoshikatsu Kawada, “It takes 60 seconds to fill a minute, and 60 minutes to complete an hour. Moreso, 60 is important in Japanese culture as it signifies a moment of new energy and rebirth. Beginning this year, we promoted a new concept for the brand — the Nature of Time. And with this, we celebrate the Japanese spirituality of time brought to life with the pride and spirit of Takumi — the great Japanese watch masters and artisans who pour their hearts and souls and their entire selves in every detail of the process all in the pursuit of the ideal watch. We opened the year with a grand celebration to feature our anniversary collection, and it is just right to close the year with yet another set of offerings.”

Grand Seiko’s place in horology cannot be discounted. It presented, and continues to do, itself as a legitimate contender to the stranglehold that Swiss watchmakers had on the design and production of the best timepieces.

The watchmakers behind Grand Seiko are the best of Seiko’s own. They first came together in the late ‘50s to “to create the very best watch of which they were capable — one that had the highest possible levels of precision, legibility, durability, and ease of use.” The first Grand Seiko, released in 1960, was said to have 25 jewels on its manual-winding 3180 calibre, bore an “accuracy equivalent to the superior grade of the recognized chronometer standard at the time.”

In a recent virtual presser, media practitioners were showed footage of the Grand Seiko Studio Shizukuishi. Opened in July 2020, this is now where all of the brand’s mechanical watches are created. The sprawling venue designed by Japanese architect Kengo Kuma is said to embody the brand philosophy “by incorporating wooden elements and constructing a roof pointing towards Mt. Iwate, which allows visitors to feel the beauty of the facility’s natural surroundings even from indoors.” Grand Seiko has made no secret of its artisans deriving much inspiration from the natural world.

The first Grand Seiko Boutique in Paris Vendome, the largest of its kind in the world, was also opened this year last March.

For its anniversary, Grand Seiko also trots out a new movement called the 9SA5 Hi-Beat caliber, which the company considers its finest. Nine years were spent developing and perfecting the movement – primarily under the supervision of movement designer Hisashi Fujieda. The mechanical movement boasts an accuracy of +5 to -3 seconds a day.

Here in the Philippines, the company is set to open a new boutique at Ayala Malls Manila Bay soon. The shop will carry “heritage and classic pieces” as well as the 60th anniversary collection. To facilitate contactless transactions, Grand Seiko has also launched an online shop.

“Our 60th year means new opportunities to grow and expand Grand Seiko. It is also a reminder of the legacy that we built since 1960, and how the brand brought satisfaction, joy, and serenity to watch lovers around the world. Watch aficionados adore Grand Seiko’s luxury craftsmanship. Though they’ve only been in the Philippine market for a few years, its models are highly sought after by local collectors and enthusiasts. We are very excited to celebrate Grand Seiko’s 60th anniversary and we look forward to more sophisticated, authentic, and nature-inspired timepieces,” said President and CEO of Timeplus Corporation Karl Dy.

All anniversary editions will bear a limited-edition label with the serial number, and the signature lion emblem which has been the signature for all Grand Seiko watches.

SLGH003 (9SA5 Hi-Beat caliber)
From the Grand Seiko Heritage Collection, the timepiece is said to bear a look similar to the iconic 44GS of 1967 – except with more prominent indices and a larger hour hand. It has a red-hued seconds hand and is framed by a deep blue dial. The back case is made of sapphire glass, which shows off the aforementioned new movement.

SLGA001 (Caliber 9RA5)
This limited-edition professional diver’s watch from the Grand Seiko Sport Collection has a slim Spring Drive movement, which also uses two barrels to boost its power reserve to up to 120 hours. It can go to a depth of 600 meters, aided by helium and water resistance.

SBGJ241 (Caliber 9S86)
A recreation of the first 44GS, this timepiece from the Grand Seiko Heritage Collection is marked by a new curved ridgeline on the case side to “accommodate the depth of the automatic movement.” Its green-hued dial “reflects the deep greenery” of Japan’s forests. Zaratsu technique is used to keep the finish distortion-free – much like the 44GS’s brilliant mirrored finish. The SBGJ241 is further distinguished by multifaceted indices and hands with diamond-cut edges.

SBGR321 (Caliber 9S65)
This piece from Grand Seiko Heritage Collection promises a power reserve of 72 hours and a precision rate of +5 to -3 seconds a day. The titanium sections of the oscillating weight are of vivid blue – the hues as the dial. This watch incorporates Micro-Electro-Mechanical Systems (MEMS) technology, which makes it possible to “produce lightweight parts with extreme precision to tolerances of one thousandth of a millimeter.”

SBGH281 (Caliber 9S85)
A Grand Seiko Heritage Collection timepiece, the brand’s symbol is depicted in gold, and the seconds hand is in red. Its movement has an automatic driving system with manual winding mechanism. It vibrates 36,000 vibrations per hour (10 beats per second), and features 37 jewels.

SBGP007 (Caliber 9F85)
This quartz-powered watch of the Grand Seiko Heritage Collection has a time difference function allowing the hour hand to be adjusted without stopping the seconds hand – preserving the precision of the watch even as the wearer changes time zones. Its accuracy level is ±5 seconds a year. A five-pointed star above the six o’clock marking denotes its high precision.

SBGP015 (Caliber 9F85)
As with the SBGP007, this Grand Seiko Sport Collection piece boasts a new quartz calibre. It features 20 bar water resistance, magnetic resistance of 16,000 A/m, and a screw-down crown. It also allow adjustment of the hour hand without stoppage of the seconds hand. The watch gets a blue dial, ceramic bezel, and Lumi-Brite-coated markers.

SBGW264 (Caliber 9S64)
Limited to only 120 pieces, this Grand Seiko Elegance Collection watch is Shizukuishi-inspired and features a manual-winding calibre. It has an 18k rose gold case and an intricate, sharp dial pattern made through very precise machine engraving. Its green dial pattern is inspired by the “forest of silver birch trees near the studio where the watch is mad.” It has a three-day power reserve, through a thinner and longer mainspring made of the Seiko SPRON510. Together with MEMS technology, the mainspring contributes to the model’s timekeeping precision of -3 to +5 seconds per day.