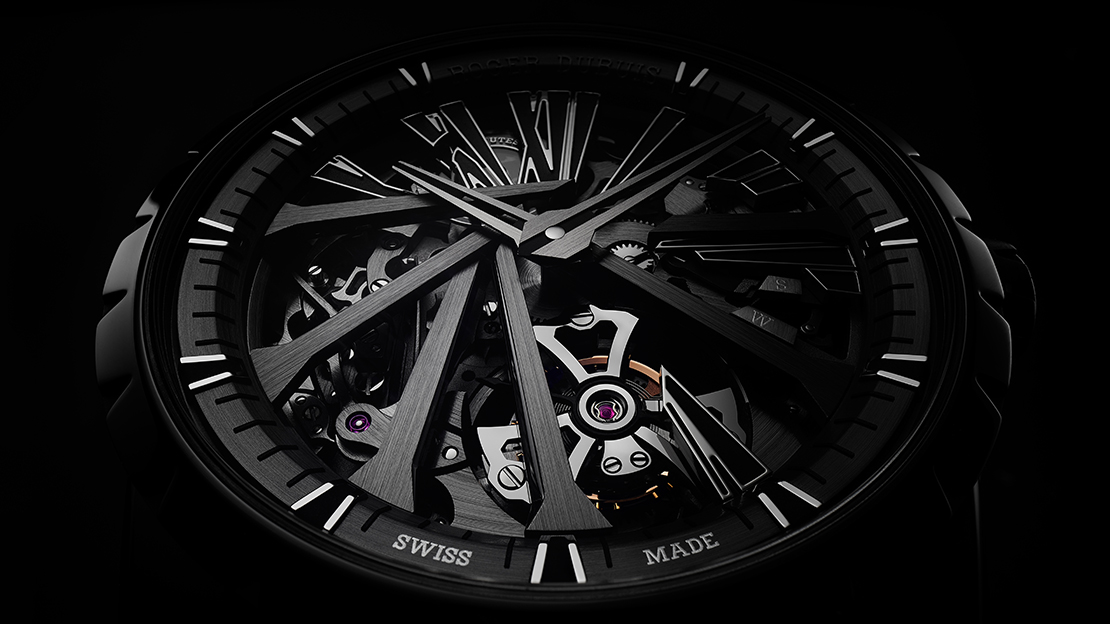 The Excalibur Diabolus in Machina is an example of the brand’s tireless obsession with challenges. This watch features a combination of complications mastered by few watchmakers: a minute repeater, the Maison’s signature flying tourbillon, and a double micro-rotor automatic system.

The minute repeater is considered as one of the most challenging horological complications. It is the only one requiring the watchmaker to make so many manual adjustment through the assembly process by trying to suppress as much noise as they can so it will not interfere with the sound of the chime. They also lessened the ticking sound by changing some elements of the tourbillon cage, and controlled the vibrations caused by the chimes so that it does not agitate the micro rotors.

Roger Dubuis took their symbolic star on the Excalibur and purposely “imploded” it into the movement. This explosive occurrence, naturally, creates chaos within the dial, disrupting the Roman numerals that are visible to the eye. As such, the bars and numerals are not positioned on the same level. But despite this disruptive design, it still creates a certain harmony amongst each other. This deconstructed dial, by the way, also has an effect on the sound of the chimes.

The Roger Dubuis Excalibur Diabolus in Machina is powered by the Calibre RD 107, a Hallmark of Geneva-certified movement It is housed in an imposing 45 mm pink gold or DLC titanium-coated case and fitted with a calf leather strap designed for maximum comfort. Some of the key technical advances featured on this watch include the Tone Playback Disc Indicator at 11 o’clock. Another indicator is located at 3:30 which tells the user if the watch is in the manual winding or time setting position. It also serves as a warning to the wearer to avoid adjusting the watch while the Minute Repeater is chiming. And of course, it has a pusher at 11 o’clock to activate the chimes.