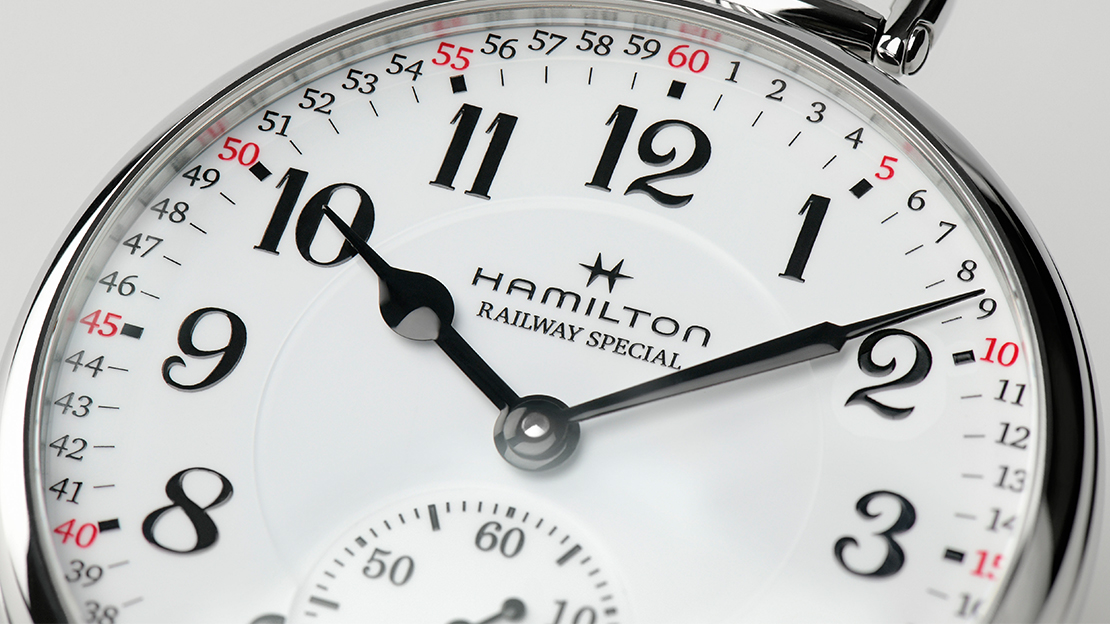 Running the American railroad system was a task that required the ultimate in precision timekeeping. Hamilton’s pocket watches, known for their accuracy and legibility, were up to the task — a feat commemorated in the new Railroad Pocket Watch.

Imagine a period before sophisticated digital timekeeping systems, computers, and all the complex technologies taken for granted today. This was the time of the early American railroad, a means of transportation that shaped the American dream into reality. Millions of people and uncountable sums of materiel were transported upon the railway — and timing this system was the job of Hamilton, a firm that began operations in 1892, in Lancaster, Pennsylvania.

The Railroad Pocket Watch embodies the spirit of that early horological ingenuity, a unique combination of American mass-production techniques and advanced micro-engineering. A timepiece made in celebration of Hamilton’s railroad roots, it’s a limited edition of 917 pieces, recalling the firm’s address at 917 Columbia Avenue in Lancaster, PA. Housed in a 50mm stainless steel case, its white, enamel-like dial echoes those of vintage railroad timepieces, with red 5-minute demarcations along a fully graduated, outer minute track; oversized Arabic numeral indices; black lacquered hands; and a small seconds counter at 6 o’clock for precision timekeeping.

A closed caseback features a special engraving of a train and the words “130th Anniversary Railroad Special” in commemoration of the thirteen decades that have passed since the firm’s founding in 1892. Inside beats a hand-wound movement, the ETA 6497, with 50 hours of power reserve, while a removable chain and leather travel pouch complete the vintage-inspired look and feel of the watch. Modern sapphire crystal with an anti-reflective coating and 5 bar of water resistance, however, make for a thoroughly modern, durable timepiece.

A distillation of 130 years of horological ingenuity, the new Railroad Pocket Watch is a reminder of how far we’ve come — and where we’re headed next!