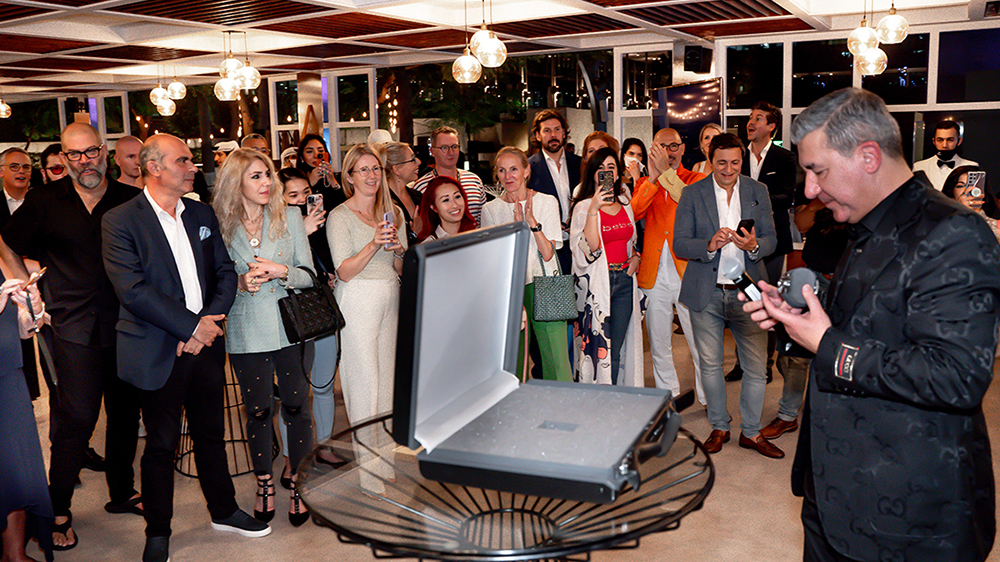 The new Balancier S2 by Greubel Forsey made its entrance onto the watchmaking stage on 27 November 2021 in the middle of the Dubai Watch Week – an event, a date, and a timepiece to remember! Drawing inspiration from the strengths of the Atelier’s iconic Balancier S, the Balancier S2 is another signature timepiece, placing Greubel Forsey firmly at the heart of twenty-first century Fine Watchmaking. Spirited, contemporary, in step with its times, and it’s the final outcome of a painstaking process of minimalism embarked on by Greubel Forsey: an imposing 46.5-millimetre titanium timepiece.

“Dubai Watch Week was the ideal platform for the launch of our new Balancier S². First of all, because of the exceptional relationship we have with our partner Ahmed Seddiqi & Sons, but also because of the quality of the event and the audience participating in it. A new chapter opens for Greubel Forsey.”

“The launch of the new Balancier S2 and of the Balancier S – the Ether is a momentous milestone between Ahmed Seddiqi & Sons and Greubel Forsey and the long-standing partnership between both entities. The first ever carbon Balancier S – the Ether, developed in collaboration with the brand, with a large titanium bridge limited edition is indicative of the progress made in watchmaking while commemorating the UAE’s 50th anniversary.”

The launch event organised by Greubel Forsey on 27 November at the Cipriani Dubai was redolent with success. The guests discovered a timepiece exuding tension, contrast, and strength. The legendary inclined balance wheel remains the beating heart of the piece, housed here in a new case replete with all-new finishes – new for this model, and indeed for Greubel Forsey.

For the first time, the central double-arched bridge has been openworked, epitomising the quest for something lighter, simpler, and uncluttered. The new titanium strap further enhances this ethos, blending seamlessly with the case – also made from titanium, as is the bezel with its polished sides. The latter has been shorn of the manufacture’s traditional engraved values, while the barrel cover no longer bears the outsize ‘Greubel Forsey’ signature, but instead a modernist, circular pattern designed exclusively for the piece.

Only 38 of these new Balancier S2 watches will be produced per year, for four years: 22 with an anthracite grey caseback and 16 with a light grey caseback, accompanied by a plain or textured black rubber or titanium strap.