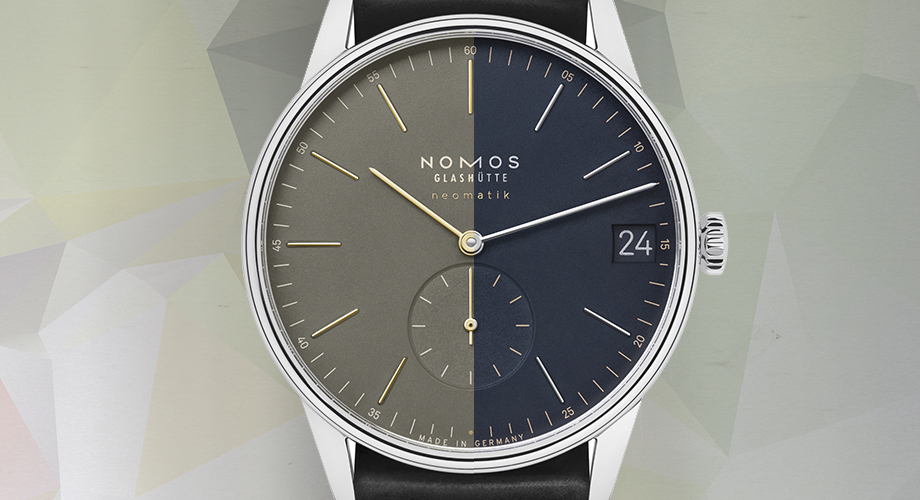 ALONG with the Tangente, the Orion was one of the first models produced by Nomos Glashutte in the early 1990s, barely a year after the company was established. Now while the Orion may have played second fiddle to the Tangente — regarded as the brand’s signature — it actually sticks more closely to Nomos’s Bauhaus leanings by discarding superfluous items on its dial. Numerals, for instance. Yes, the Tangente makes do with five numerals (12, 2, 4, 8 and 10). The Orion goes even more minimalist by having none.

The svelte dimensions of the Orion also means it soldiered on for more than two decades powered by a hand-wound movement — none other than Nomos’s Alpha, its first in-house calibre. It was only with the release of the slimmer, new generation of self-winding movements nearly four years ago when the Orion began ticking with Nomos’s rotor-spun calibre DUW 3001.

Earlier this year Nomos brought out its calibre DUW 6101, a self-winding piece with a date function. It also features the brand’s swing system with a tempered blue balance spring, has 27 jewels, beats at 21,600vph, and stores power for up to 42 hours. Upon introduction, Nomos promptly installed the DUW 6101 on the Tangente, Ludwig and Orion, in the process creating what it calls as its Update series. The Orion that received the new date function-equipped movement grew to its largest at 41 millimeters, adding to the collection’s case sizes of 33, 35, 38 and 39 millimeters (actually, most of these cases are half-a-millimeter smaller, but Nomos rounds off the dimensions). Of these, only the two biggest models are automatics.

Now, joining the Orion 41 with a white silver-plated dial is a new pair in different colors; one in midnight blue, already identical to other Nomos pieces, and the other in a subtle greenish/grayish hue. Nomos calls the latter one as olive gold, and this color looks stunning.

Especially because matched to the pale olive color are gold-plated stick hands and stamped indices. The muted gold applications are further tempered by the slenderness of the pieces on which they appear, and so the resulting aesthetics are far from the garish look that usually comes with green/gold combinations. Nomos also scores major points by rendering the date numeral, as well as other markings on the dial, in beige tones. White would have been too jarring a contrast.

Even the midnight blue rendition, though more traditional, received the same restraint. It would have been easy for this piece to get bits of color accents, but Nomos wisely decided to keep things logical — and thus, tidy — by simply combining white over midnight blue.

The Orion may have gotten itself a new, decorated movement (displayed, by the way, through a sapphire crystal caseback). Impressively, the watch does not yell about this.