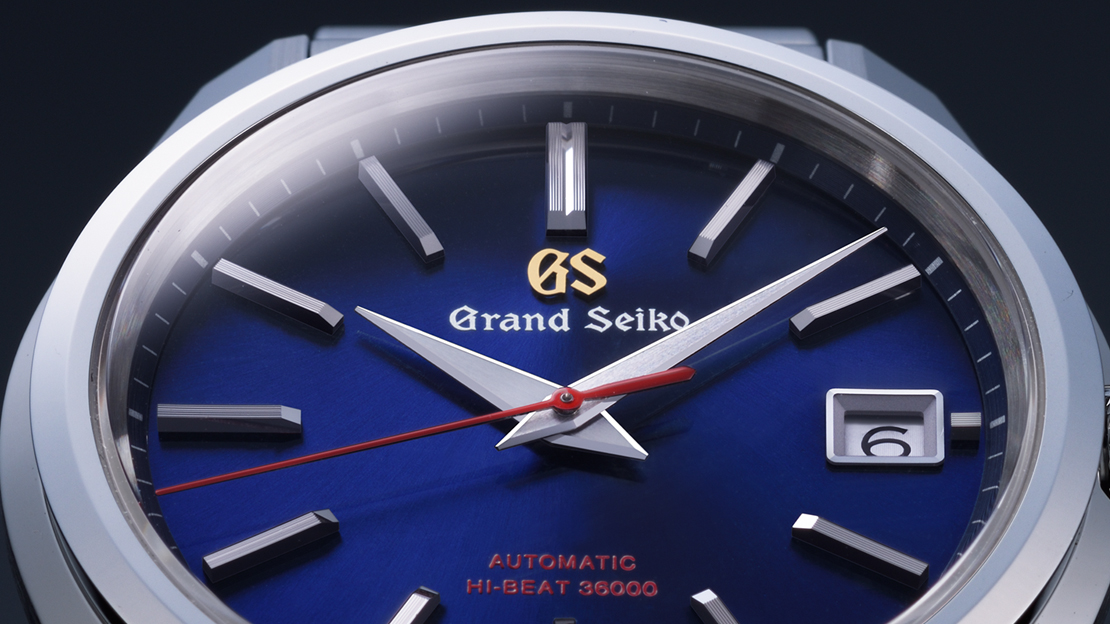 The sixtieth anniversary is a special milestone indeed. Not all relationships or companies can stand the test of 6 decades, more than half a century. But Grand Seiko has, and they have not only survived, they have triumphed. But let’s take a quick look back at the very start of their journey.

In the late 1950’s a small gathering of very skilled and inspired watchmakers from Seiko gathered together with a dream and a goal. The dream was to create the best watch possible – extremely precise, clear legibility, strong durability, and ease of use. The dream became a reality in December of 1960, and Grand Seiko was born.

And today, sixty years later, the dream continues to be strengthened with each new Grand Seiko collection. Grand Seiko has released four new timepieces to honor this milestone. Each of the four creations has the signature (beautiful) blue color on its dial, is in stainless steel, and has a date window at 3 o’clock. But each one also has something distinct about it.

Automatic
The first Grand Seiko for this special anniversary is an automatic watch for the gentlemen. It pays homage to the 44GS from 1967, and the ‘GS’ on the dial symbol is in gold. There is a touch of red on this watch too, on the seconds hand. The combination of the gold and red symbolize a sunrise and new energy. This Grand Seiko will be available in February in a limited edition of 1,500.

The second Grand Seiko is an automatic watch for ladies. The sixtieth anniversary is traditionally known as the diamond anniversary, and this Grand Seiko does not disappoint. There are diamonds to mark hours, except for the 3 which has a date window, and diamonds on the bezel. The ladies watch will also be available in February, but in a more limited release of 300 pieces.

Quartz
Grand Seiko is also revealing a new quartz movement for their sixtieth year. The Caliber 9F85 has a time adjustment function that makes life easier for us. We can now adjust the hour hand without affecting the seconds hand, meaning time is kept more easily, and more precisely.

The third watch for this special anniversary features a special version of the Caliber 9F85, giving it an accuracy within 5 seconds a year. The five-pointed star on the dial is the clue – five points, five seconds. The dial itself has a unique 2020 pattern on it, another way to commemorate this special year. This watch will be available beginning in March, in a limited edition of 2,500.

The fourth watch that rounds out the anniversary offerings is also an automatic, and dare I say, the most handsome among these watches. This model joins the Sport Collection, and the ceramic blue bezel paired with the gorgeous blue dial is just fantastic. The hour markers are coated in LumiBrite, which gives better legibility in low light situations. You’ll have to wait for April to get your hands on one of these limited editions, and there will only be 2,000 available.