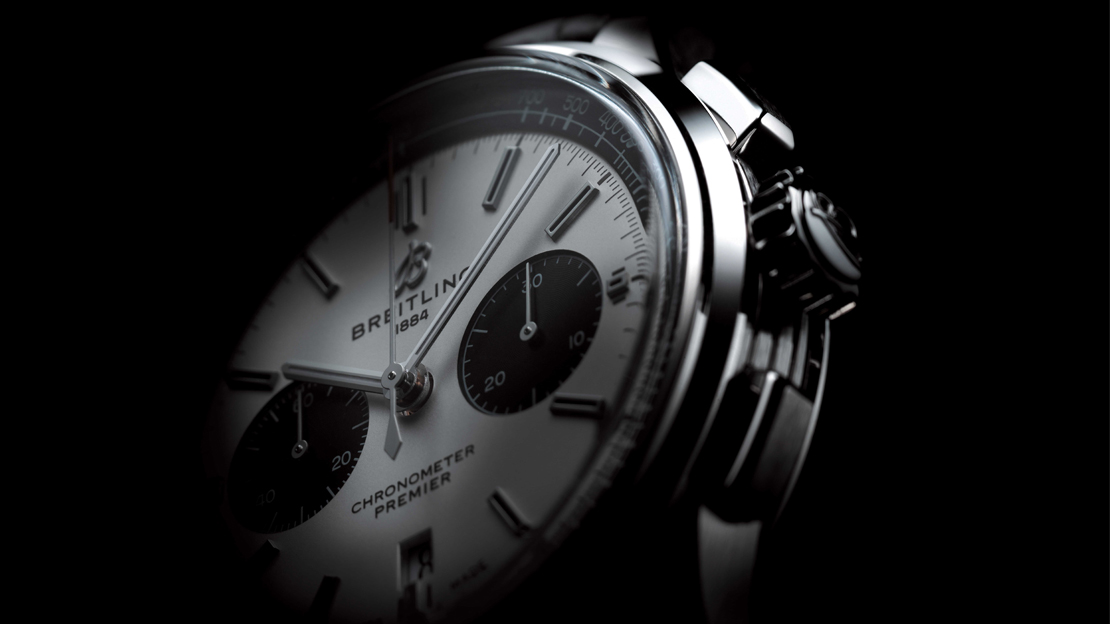 IN the 14 months since Georges Kern started running Breitling, the CEO has turned out to be quite a quote-generating machine.

“The sky is not the limit; it is merely the beginning of something bigger,” he said on one of his social media posts.

“Sales are a consequence of cool products, cool advertising, a cool campaign,” he told The New York Times.

Or, this gem caught by Calibre editor-in-chief Carl Cunanan at Breitling’s Singapore road show; “You don’t need me if all you are going to do is more of the same,” as the executive noted the changes he intends to make for the brand.

Well, apparently no empty talk, this, if the Navitimer 8 is anything to go by. And the freshly released Premier collection only boosts this argument further.

The Premier range is the lesser-known sibling to Breitling’s various Navitimers and SuperOceans and even Top Times, and was produced in the mid-1900s before quietly disappearing. Now Kern has brought the collection back to Breitling’s lineup.

Decidedly dressier than any piece that’s usually associated with the Breitling name, the reprised Premier collection is made up of five models offering a variety of dial colors, strap options and movements. Shared among the five is a stainless-steel case that’s modestly sized at either 42 millimeters or 40 millimeters. Classical, unfussy aesthetics also define the pieces — Kern, after all, pitches these as “the first modern Breitling collection dedicated to everyday elegance.”

Topping the set is the Premier B01 Chronograph 42, which is spun by Breitling’s seminal in-house self-winding movement, the cal. 01. Used in hundreds (yes, hundreds) of Breitling models, the cal. 01, with its column wheel and vertical clutch, is regarded as one of the best chronographs in horology. Within the new Premier B01, the movement supplies the readout for the 30-minute counter at 3 o’clock, a small second indicator at 9 o’clock and a date window at six. Boasting COSC certification, the cal. 01 spins at 28,800vph and packs a power reserve good for at least 70 hours.

Housing it is a 42-millimeter steel case with sapphire crystals on top and at the back. The watch’s dial can come in either blue or silver, both contrasted by a pair of black subdials and a black inner bezel (on which printed in white is a tachymeter scale, which in turn surrounds a minute track). The simple hour and minute stick hands are coated with SuperLuminova. Strap choices offered are alligator or nubuck hide in blue, brown or black, or a steel bracelet.

Another Premier B01 Chronograph 42 piece arrives in the form of the Bentley British Racing Green. This heralds the start of the special Bentley pieces getting incorporated within other collections, instead of them branded as Breitling for Bentley.

Mechanically identical to the Premier B01 Chronograph 42, the Bentley model is marked by a dial color declaring its name, which is also contrasted by black subdials and inner rotating bezel. The red tip of the minute marker pops out better than it does against the blue or silver dials, though. And the Bentley gets to wear a British Racing Green leather strap (assuming the steel bracelet is not chosen). Engraved on a plate fitted on the left side of the case is “Bentley” a touch which takes after that found on the dashboard of the 1929 “Blower” Bentley. Heritage really is the name of the game here.

The Premier Chronograph 42 expands the collection’s chronograph choices. But instead of getting the cal. 01, this watch has been assigned Breitling’s self-winding cal. 13, which started out in life as a Valjoux 7750. Used in the Premier Chronograph 42, the movement ticks the 30-minute and 12-hour counters at 12 o’clock and 6 o’clock, respectively, as well as the small second indicator at 9 o’clock. Like the cal. 01, the cal. 13 is a certified chronometer, too, and spins at 28,800vph. It has a shorter power reserve, at 42 hours, though.

The Premier Chronograph 42 also has a 42-millimeter steel case, within which lies a blue or black dial and the three same-color subdials (a date window is found on the bottom one). Its hour and minute hands get a touch of SuperLuminova, and sapphire crystals cover its front and back. Its straps can also be in alligator or nubuck leather, if not a steel bracelet.

A couple of dressier models complete the Premier collection. The first is the Automatic Day & Date 40, whose black or silver dial is embellished by apertures top and bottom. On top is the one for the classically spelled-out display for the day, at the bottom is the one for the date. Its hands and hour markers are finished in gold color. A minute track (or second track), with numbers every five minutes (or every five seconds), running around the perimeter of the dial adds a touch of modernity to the design. The watch’s selection of straps is the same as the rest of the Premier models (save for British Racing Green color).

Rounding off Breitling’s latest collection is the Premier Automatic 40, whose classical touch, for its part, comes by way of a small second subdial at 6 o’clock. The watch’s dial is available in anthracite, blue or silver, any of which is ringed by the same track as that fitted to the Day & Date. Also identical are the 40-millimeter steel case and selection of straps and bracelet.

Ticking beneath the case is Breitling’s cal. 37, which while having the same characteristics as the cal. 45 (except for a power reserve that’s two hours longer), is for its part based on the ETA 2895-2. It’s the same movement, by the way, that also powers some of the 38-millimeter versions of the SuperOcean Heritage. And it’s COSC-vouched as well. So, clearly, the Premier pieces are built with “outstanding quality and performance,” as Kern says they are.

“These watches bear our unmistakable brand DNA, but they have been created with a focus on style that beautifully complements their purpose.” You can quote him on that, too.