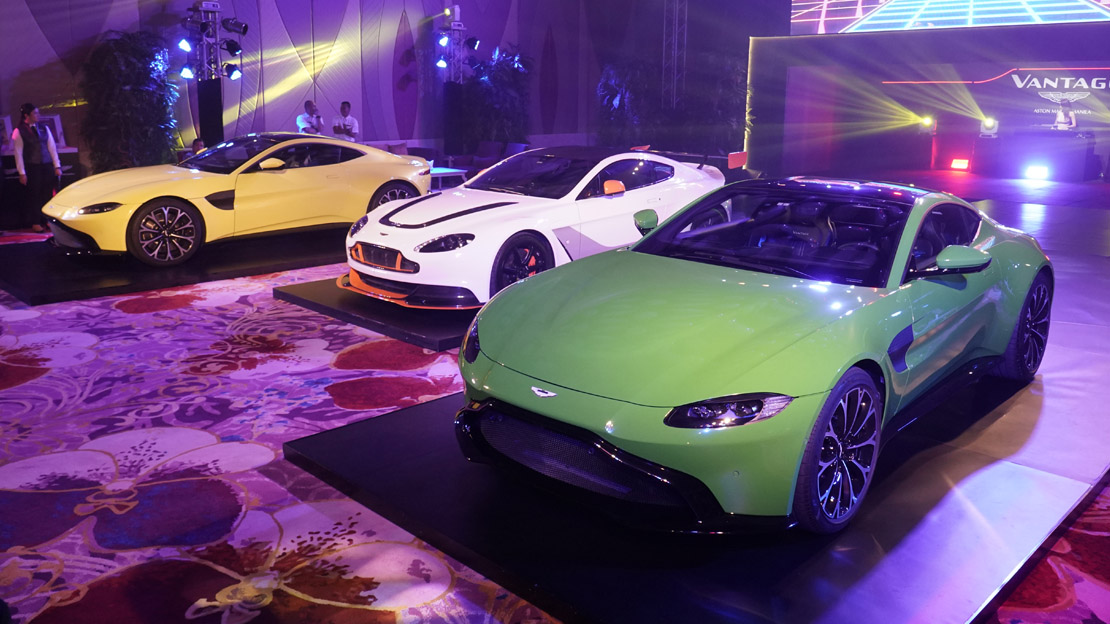 HAVING freshly emerged from a public listing at the London Stock Exchange — a first for the company’s 105-year history — Aston Martin forges on with its “Second Century Plan” as it expands its manufacturing capabilities and introduces one new car after another. Now, the latest among these new models has arrived in Manila.

Unveiled was the new Aston Martin Vantage, a nameplate which traces its origins to 1977 (though there was an engine called Vantage in the 1950s), and whose version that preceded this latest model soldiered on for a dozen years.

Propped by a structure that takes after the bonded aluminum framework pioneered by the Aston Martin DB11, the new Vantage is no mere scaled-down version of the brand’s flagship — around 70% of the car’s structural bits are unique to it. The result is that this car built at Gaydon, Warwickshire, England — Aston Martin’s ancestral home — promises to fuse in one sleek package balance, rigidity and relatively low weight with guttural V8 torque.

Propelling the car is an alloy, 4.0-liter V8 with a pair of turbochargers, and which puts out 503hp at 6,000rpm and a tractor-pulling grunt of 685Nm from as low as 2,000 revs. These figures, make no mistake, are quite ample considering there are only 1,530 kilograms of car to haul around.

Matched to the mill is an eight-speed automatic transmission built by ZF, which should not be derided as a slushbox. From a standstill the Vantage can sprint to 100kph in 3.5 seconds. Its top speed is a heady 312kph.

And yet it seems the car is no blunt instrument either. The engine is mounted low and as near toward the center of the car, which lets the front engine/rear-drive Vantage strut around with a perfect 50:50 nose/tail weight distribution. Guaranteeing it more finesse is a suite of electronic nannies — smart stability control, torque vectoring and an E-differential, for instance — that’s pitched to strike a balance between control and letting a skilled driver have fun thrashing the car around. A speed-dependent, electric power assist for the steering should be a quick one, too—lock to lock requires only 2.4 rotations of the steering wheel. Plus, some bits of trick tuning done on the induction, exhaust and engine management systems vow to gift the car the unique character and sonorous soundtrack it deserves.

The Vantage’s cabin promises to be an excellent spot in which to appreciate this mix of power, handling and aural pleasure. The car actually introduces a new visual language that speaks of edgy lines rather than flowing curves. The seats are now closer to the floor, too, and ergonomics have taken a turn for the better; for example, the PRND buttons arranged triangularly in order to cluster major controls into clearly defined zones.

Now, as a new Aston Martin, the Vantage is no doubt a looker. Its sports car nature, as opposed to a GT, means it has more sculptural contours all around, with as less overhangs front and rear as possible. The resulting aesthetics is quite muscular, punctuated by current brand design codes as seen on the headlamps, grille and taillights. And it all isn’t just style; the car is shaped as it is because it is meant to cleave through the air as best as it could. This approach to aero concerns is so coherent that the front splitter directs air under the car, feeds this to cooling channels, and still leads this to the rear diffuser. Side gills are also said to “clean’ the air coming from the front wheels’ arches. A rising rear deck pushes the car to the road.

Finish all this off with the type of craftsmanship and materials for which Aston Martin has long been known, and the Vantage points the storied British brand is right on track in starting its second century strongly.