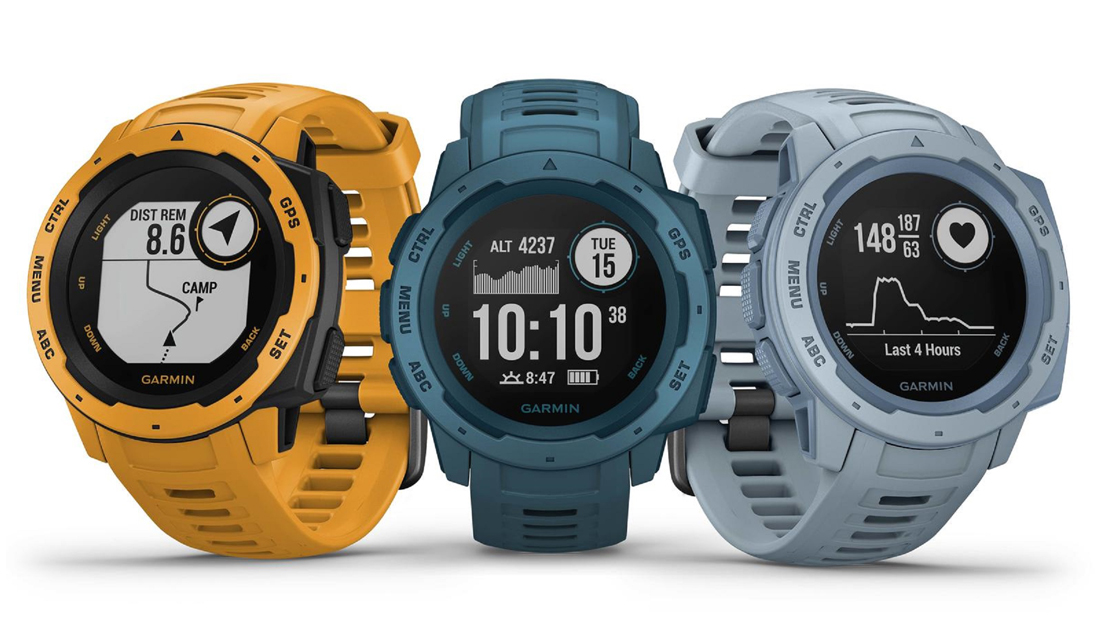 IT CAN supply a “breadcrumb trail,” this watch. It means that in the great outdoors (or, presumably, even in the urban jungle) one can plot a track prior to leaving, then rely on the watch’s TracBack function to navigate the same route back to where the trek started. Apparently, it uses multiple Global Navigation Satellite System networks, rather than just GPS, to help track a user’s location. This means it could be confidently relied on. Well, this breadcrumb function and numerous other features are what’s packed in the Garmin Instinct GPS watch — which, incidentally, recently arrived in Garmin’s Manila store in three new colors, adding to the three earlier ones. Along with GPS, the Instinct also has a built-in three-axis compass (basically a smarter compass), a barometric altimeter, and GLONASS and Galileo navigation. With the Instinct, it is clear Garmin is leveraging its expertise in satnav devices.

Actually, the Instinct does expand Garmin’s outdoor equipment segment. The watch is pitched as best for hiking, hunting, trail running, mountain biking, kayaking, diving and other outdoor activities. But while the Instinct supports such rugged pursuits — it has a thermometer and a sunset/sunrise meter, both handy on a trek — it’s better to think of it as a navigation device which can double up as a fitness tracker, rather than the other way around.

This does not mean, of course, that the Instinct isn’t capable of tracking fitness activities. The watch is capable of basic functions like monitoring its user’s heart rate, stress level and the so-called intensity minutes, or a weekly scale determining when one’s heart rate is above resting rate for more than 10 minutes at a time. Other functions are a calorie-burn counter that calculates which ones were consumed while resting and which can be attributed to honest activity, and a steps logger that also computes for distance traveled and stair-climb count.

As can be expected from wearables, the Instinct can be paired to a smartphone so it could display e-mails and text messages, phone callers and schedules, weather updates and other alerts. Through the downloadable Garmin Connect app, users can track workouts and sleep patterns (duration of light, deep and REM cycles), as well as compete in virtual fitness challenges — Garmin Connect allows an Instinct user to join an online fitness community.

Not “connected” enough? The Instinct is also compatible with Garmin’s own inReach Mini hiking GPS communicator, which means messages (including emergency ones) can be sent via satellite; and with the VIRB action camera and dog tracking device. Through the paired Instinct, one can control the VIRB start and stop function and get dog status updates and alerts.

Now, something propped as an outdoorsy tool should come in a really tough package, and to which concern the Instinct promises to live up. The Instinct is built to conform to MIL-STD-810G, a US military standard that tests an equipment’s ability to withstand a range of environmental conditions over repeated test cycles. Tests performed include those for low-pressure altitude, high and low temperatures, rain, humidity, fungus, salt (to determine resistance to rust), sand and dust exposure, and even for vibration caused by gunfire and explosions. A partnership between the US Air Force, Army and Navy leads this MIL-STD-810 testing.

The Instinct’s fiber-reinforced polymer case, together with its chemically strengthened scratch-resistant display (it’s not a touchscreen, by the way, and is monochrome) and silicone strap, resists extreme thermal changes and shocks, and is waterproof to depths of 100 meters.

Despite its 45-millimeter size, the Instinct does not feel cumbersome on the wrist — for one thing it is light at only 52 grams. It is also relatively slender at 15.3 millimeters’ high, and the strap is soft so it hugs the wrist lightly. Its multi-configurable dial means one can choose both the info displayed, and how this is displayed, on the “home” screen.

In plain smartwatch mode the Instinct’s battery can last for 14 days from its fully charged state. When in GPS mode it could manage 14 hours.

That’s a reasonably long time for most people’s outdoorsy activity.