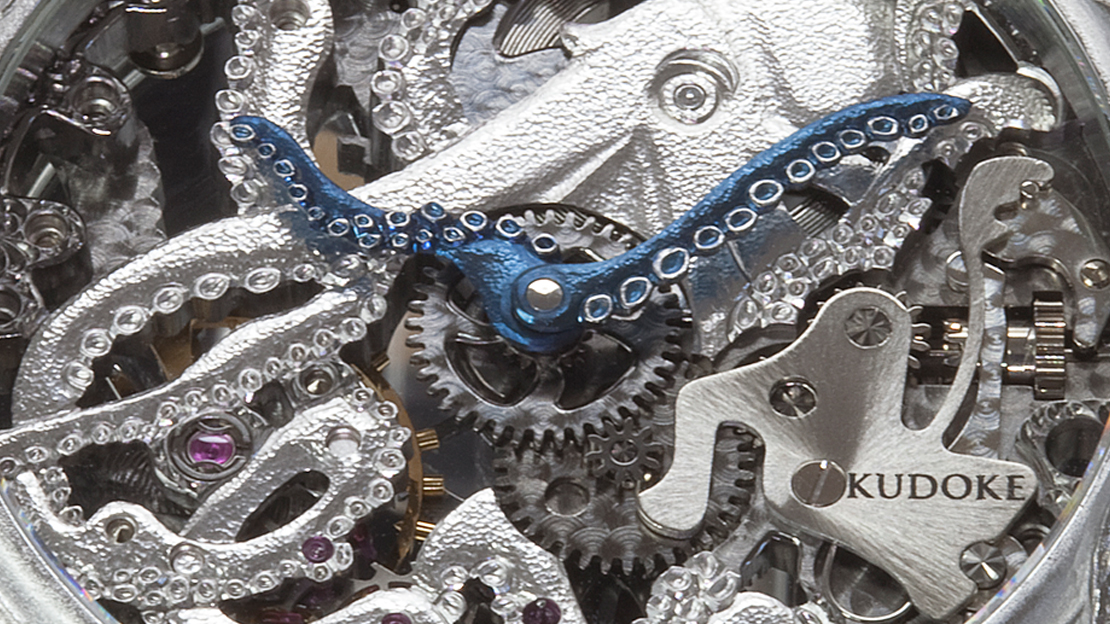 In 2011 KUDOKE presented KudOktopus during Baselworld for the first time. Two years later KudOktopus got a big brother with Tourbillon – called KudOkTourbi.

The naming of both models already indicates, what it is about: within the watch you find an octopus – three-dimensionally worked out, skeletonized and engraved by hand. Both models of the KudOktopus family were trapped in a stainless steel case to prevent it attaching itself to the wrist of its owner.

Now the family has gained an additionals offspring with “Free KudOktopus“.

Next to his all-embracing tentacles it entangles the steadily swinging balance with, Free KudOktopus like its fellows holds wheels and screws tightly with its suction cups, thus capturing time.

As opposed to its two brothers Free KudOktopus has been released from the case and is now no longer captured behind glass. Thus there is the imminent danger of the animal attaching itself to the wrist of its owner with its floating tentacles and not letting go again.

With its heart beating at a rate of 18’000 vibrations per hour the suction power lasts for 46 hours. Free KudOktopus is at home in a stainless steel case of 42 mm diameter with sapphire glass on top and back. The leash to wear is made of alligator leather and held together by a stainless steel pin buckle.