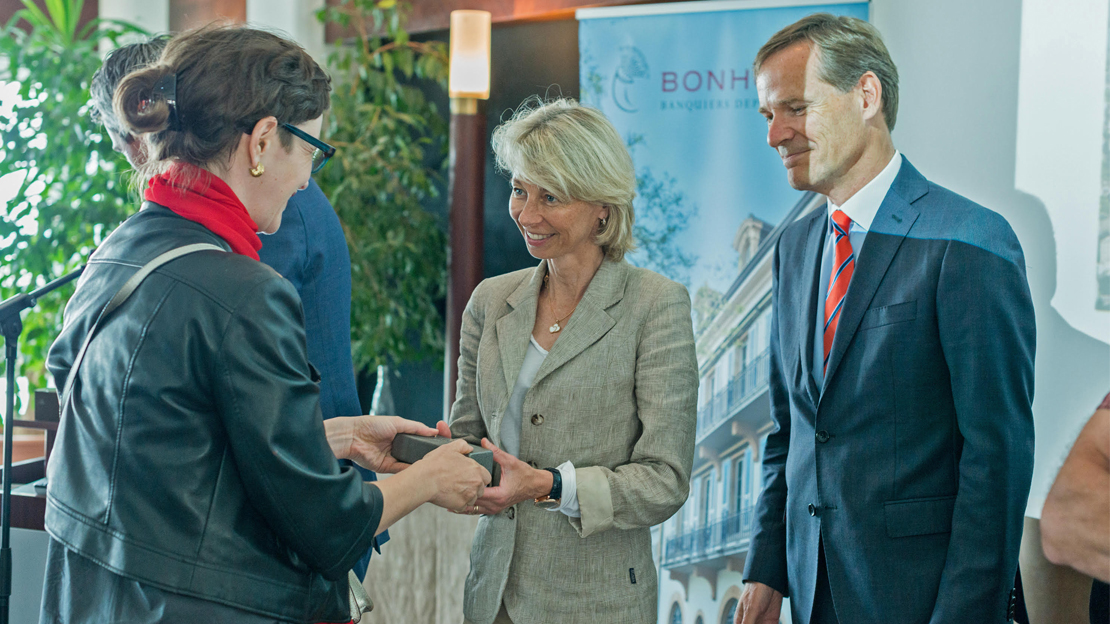 CEO Peter Stas won the “Industry 4.0 prize” during the first edition of “The Shapers” awards ceremony held at the Hotel Beaulac.

The awards ceremony highlighted the original actions of ten companies selected, out of sixty candidates, which have all invested in the technological industries. This original prize rewards innovation and the actors of structural change in our connected 4.0 society.

The winners received an iron ingot from the jury as a symbol of their achievements in the 4.0 industry. The jury was composed of Xavier Comtesse (initiator of the project), Dominique Duay, Jean René Gonthier, Philippe Grize, Takahiro Hamaguchi, Florian Németi, Edouard Mignon, Elmar Mock, Sylvie Reinhart, Nicola Thibaudeau and Wolf Zinkl.

Innovation is one of the most important Brand Values at Frederique Constant group since its founding in 1988. Our smartwatches are designed in keeping with classical watchmaking principles and regularly updated with innovative 21st century techniques. After two years of research and development we introduced the Hybrid Manufacture timepieces. A combination of fine mechanical watchmaking and connected functionalities.

PETER STAS said: “We were the first Swiss Watch Manufacturer to introduce the Horological Smart Watch in 2015. Now, we are the first to combine a Manufacture Mechanical Caliber with Smartwatch functionality.”

It’s a revolution in the Swiss watch industry, as we combine three unique technologies (a manufacture movement, smartwatch functions and a caliber analytics) into one watch. The “caliber analytics” is a mechanism which checks the mechanical caliber: rate, amplitude and the beat error of the watch. We will continue to produce smartwatches and push the boundaries of technology within watchmaking.

Xavier Comtesse from Manufacture Thinking.ch recalls: “We were pleasantly surprised by the number of French-speaking companies that have already started to move towards Industry 4.0. This prize has brought to light outstanding personalities, winners who have succeeded in creating world-class innovations in our regions. “

Overall, the ten “Shapers” share the same vision, investing and developing technology in our 4.0 society.