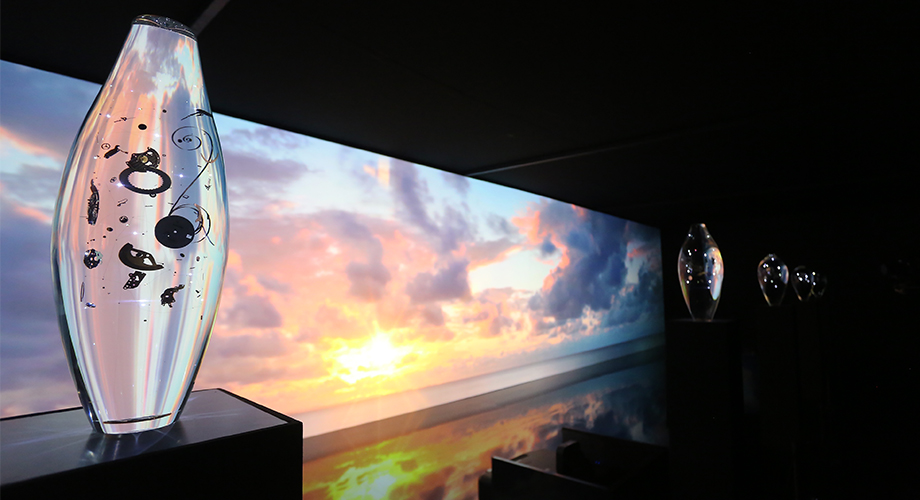 SECONDS do not “tick” by; the notion came about only because man found a way to tell time via clocks and watches. But time, on its own, flows from one moment to the next. Its passing we mark, anticipate, dread. Sometimes we have more time than we need; usually we don’t have enough. We chase, make, spend time. We kill it. We lose time, always hoping, but always unable to get it back.

It’s the natural manner by which time passes which Grand Seiko proposes it captures through its Spring Drive technology. Spring Drive, of course, fuses traditional mechanical watch-making with electronics, creating a movement that lets the watch’s second hand glide over the dial’s markers without so much as a quiver, and definitely with no ticking. With the Spring Drive, Seiko has literally created a movement that flows along with the passing of time.

And this is what Grand Seiko celebrates in its The Flow of Time art installation. Following its mounting at the 2018 Milan Design Week in April last year, the watchmaker brought this exhibition to Bangkok, Thailand, where guests in this corner of the world had the privilege of spending time with it.

“Approach to Time” used a huge screen as a background, in front of which seven objects made of transparent acrylic were lined up. Housed inside the first one were over 200 Spring Drive components. As an observer moved from this to the next object, the random bits of watch parts progressively merged until they form a working movement inside the last object.

Projected on the screen behind the objects was a movie. Created by Abe, shown here were traditional Japanese scenes — sunrises, blossoms falling and ripples of water — mixed with cityscapes of Japan. The juxtaposition of static and shifting elements, Yoshiizumi said, depicted time in transience.

“Kizamu/Nagareru” (or “Ticking time/Flowing time”) presented through a combination of multiple-exposure and time-lapse photography images of nature, like falling raindrops and leaves, as well as the sun as it moves across the sky. The idea behind the “movie” was to show the contrast between “ticking time” and “flowing time,” a concept which the Spring Drive is able to demonstrate in concrete terms — one simply needs to take a look at how its second hand sweeps to mark the passing of time.