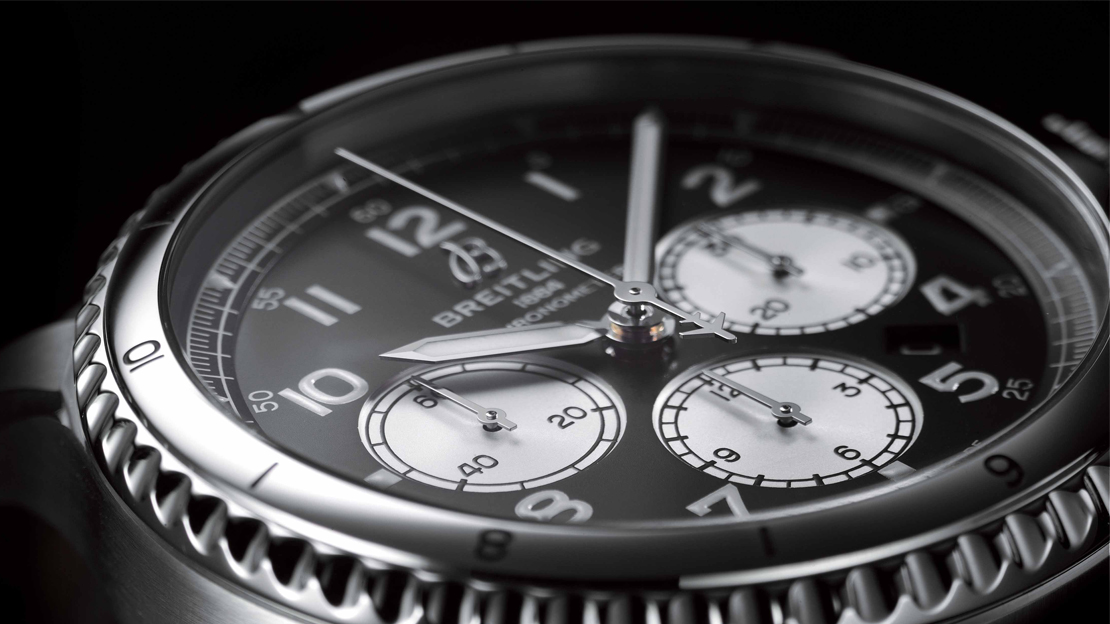 THE launch of Breitling’s Navitimer 8 Collection in early 2018 revived memories of the watchmaker’s early links with precise timekeeping and airplane instruments — Breitling in the early 1900s counted around 40 chronograph models, and in 1934 took out a patent for a chronograph with two pushers instead of only one (this negated the need for resetting every time the counter was stopped). A couple of years later the company — well, Willy Breitling, to be precise, grandson of the founder — built a chronograph with a black dial with luminescent numerals and hands, this pitched this to aviators.

In 1938 he took things a notch up by setting up the Huit Aviation Department, intending to produce instruments for military and civilian aircrafts — which had to satisfy strict regulations. “Huit,” of course, is French for “eight,” and it referred to the eight-day power reserve of the onboard clocks and cockpit instruments. And then World War II came around, and Breitling was signed up by the RAF.

Now referencing this bit of Breitling history is a stroke of genius from the part of current Breitling head Georges Kern. The Navitimer 8 Collection, the first redefined pieces to debut under his watch, is drawing serious attention thanks to tidy aesthetics and unquestionable competence, all of which wrapped in a really cool tale.

Actually, the new pieces celebrate the fact that Breitling has been the official onboard timekeeper for the airline (present on every SWISS flight) since 2016.

Distinguishing the SWISS edition Navitimer chronograph from the “regular” piece are a central chronograph second hand resting on an aircraft-shaped base, and an image of a GE90 turbine engine decorating the sapphire crystal caseback.

Retained in the watch are the in-house cal. 01, which even if not living up to the “huit” billing of its ancestors still pack a very respectable 70-plus hours of power reserve. Also, this self-winding, vertical-clutch, 28,800-vph movement carries COSC certification. Wrapping over it is a 43-millimeter steel case.

Only 777 examples (a nod to the Boeing 777 of the Swiss airline) of the Navitimer Aviator 8 B01 SWISS Limited Edition will be made.

Available in slightly more examples, at an even thousand, is the Navitimer Aviator 8 Automatic SWISS Limited Edition. This model is defined by a jetliner-shaped mounting for its sweep-second hand, as well as the same turbine engine image engraved on the solid caseback as that found on its chronograph sibling. Inside its 41-millimeter steel case is Breitling’s self-winding cal. 17, which has a bidirectional rotor, spins at 28,800vph and stores power good for 40 hours. Oh, and this movement is a COSC-certified chronometer, too.

Perfect for SWISS aviators then.