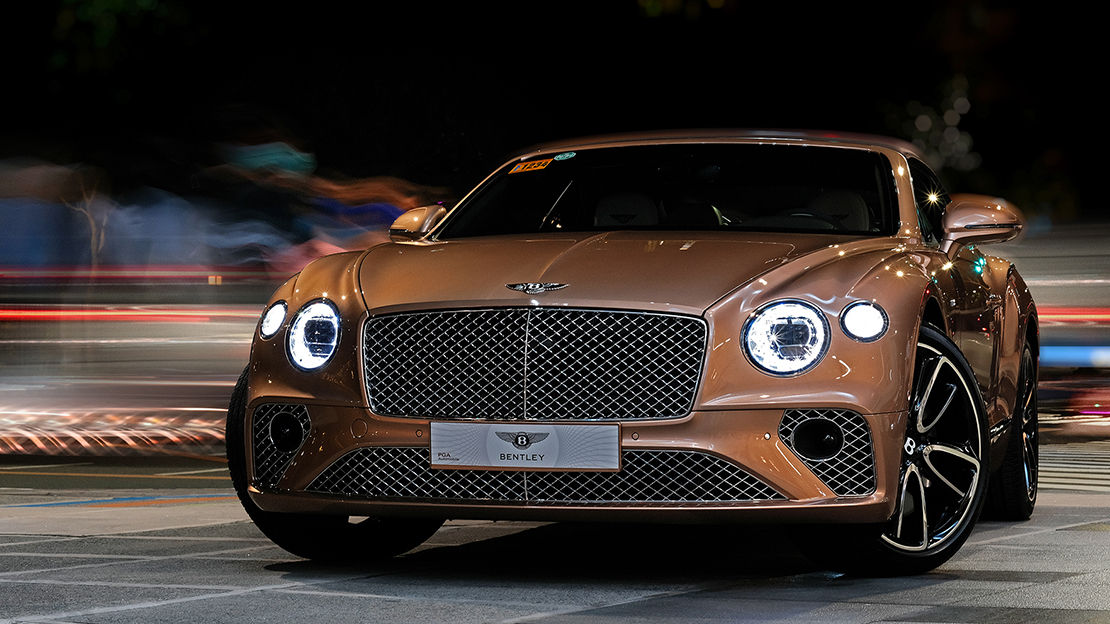 As Bentley Motors launches the second edition of “Embrace Extraordinary,” the British luxury carmaker has selected talents around the region who have been deemed best to capture through their lenses the parallelism between Bentley design elements and the world around them. Among the exemplary talents tapped for the storytelling campaign was Filipino journalist and multimedia producer Ardie Lopez.

For Embrace Extraordinary, photographers and content creators were motivated to draw inspiration from Bentley’s expressive design language evolved from over a century of British heritage. From exquisite cut-crystal headlamps to double-diamond grille and hand-stitched quilted cabin features, Bentley cars have always been lavished by immaculate design details. These provide a rich tapestry of forms and texture from which images of natural marvels and architectural masterpieces can be assimilated.

Lopez took varied shots of the meticulously crafted details of the Bentley Bentayga and Continental GT Convertible, then correlated these not with architecture, but with unique perspectives of Taal Volcano as viewed from Talisay, Batangas, and of Mount Pinatubo from the Sacobia River in Pampanga. Amid the seeming randomness of the landscapes, Lopez found an order and a pattern as designed by nature through light, currents and life itself — organic forms which shape Bentley details in the first place.

“If you’ll notice, both my landscape subjects are volcanos. This is deliberate. I want to portray their beauty and majesty amid their environment. But I also want to imply the explosive power that lies beneath their surface. I think this is a quality that is similar to Bentley cars,” Lopez said.

The distinctly native imagery in Lopez’s tableau of nature’s triumphs reflects not just the shapes of Bentley cars’ details, but also the luxury brand’s steadfast embrace of sustainable practices. Bentley is the first luxury car manufacturer to set a goal of becoming completely carbon neutral by 2030, and even climate positive from then on.

To achieve this, Bentley is developing new technologies, materials, fuels and skills as it pursues the highest levels of luxury mobility through sustainable methods — crafting cars from end to end without harming the environment. In its manufacturing facility in Crewe, England, which has been certified carbon neutral since 2019, Bentley has partly been relying on solar energy, using hydrotreated vegetable oil as fuel, recycling water, and cutting down on paper consumption, among other ways, to reduce its carbon footprint. The luxury brand has also been using renewable materials for its cars, some of which are now hybrid-powered.

Already available in select markets worldwide, the new Bentley Flying Spur Hybrid and Bentayga Hybrid are both set to join Bentley Philippines’ model range in 2022. By combining a 2.9-liter, twin-turbocharged V6 petrol engine with an advanced E-motor, the Flying Spur Hybrid becomes the most efficient Bentley ever, having the capability to cover as much as 700 kilometers when fully fueled. The Bentayga Hybrid, currently the only electrified luxury SUV in the world, is powered by a 3.0-liter, twin-scroll turbocharged V6 petrol engine complemented by an E-motor. It can travel about the same distance as the Flying Spur Hybrid, and can also drive for about 40 kilometers in purely electric mode. Both these Bentley models prove that hybridization does not compromise luxury and performance.