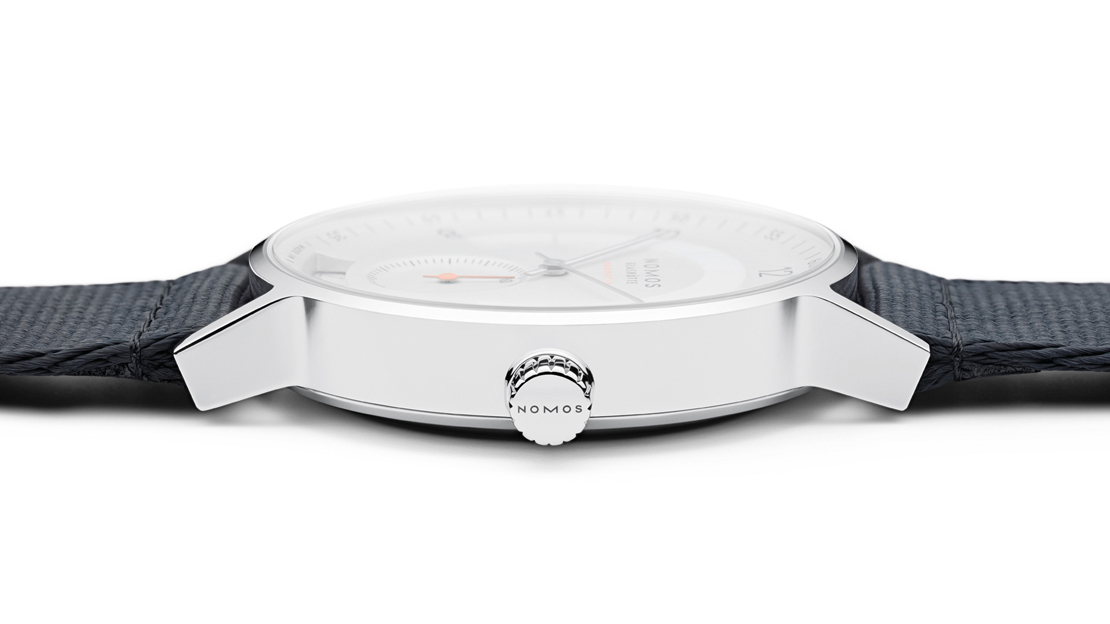 HAVING just snatched in November last year a “Gold” citation from the German Design Council, the Nomos Glashutte Autobahn Neomatik 41 Date now scoops a Good Design Award from the Chicago Athenaeum Museum of Architecture and Design. This latest design recognition is the third for the Autobahn, which shortly upon its release at Baselworld 2018 won a Red Dot Award.

The Good Design Award was established in 1950 by a group of designers that included Charles Eames and Ray Eames — creators of the iconic Eames chair. It is regularly presented to products deemed as “convincing solutions in their form, function, aesthetics and quality.”

Available in three variations, the Autobahn is a fresh interpretation — not to mention the boldest rendition — of Nomos’s design codes. It was developed by Nomos’s designers together with Werner Aisslinger and Tina Bunyaprasit, the team behind the design firm Studio Aisslinger.

Taking its cue from car gauges, the Autobahn’s dial is deeply recessed and comes in three colorways; white silver-plated, a subtle gray and midnight blue. All, though, are marked by a broad arcing swath coated with SuperLuminova, a concave small-second dial, and a large cutout for the date display, which is meant to mimic an odometer. Orange accents on the hands and on the “neomatik” marking brighten up the look. Numerals in thin, dark gray fonts finish the Autobahn’s mix of Bauhaus flavor and sporty, contemporary aesthetics.

Suitably, Nomos fitted the Autobahn with its fabric Perlon strap. While giving the watch a dressed-down vibe, the buckle that fastens the strap to the wrist is actually a clever piece of product design. A part of the buckle extends over the end of the strap, serving as one of the strap’s keepers, so the strap itself only has one fabric keeper. If one component (the buckle, in this case) can serve two purposes, then why create an extra part, right? Very German.

“When we were designing Autobahn, we wanted to create a watch that was ‘of the moment’ and yet also a timeless, archetypal piece that couldn’t be pinned down to any one decade. We took the design affinities of car enthusiasts and combined them with the tradition of Nomos Glashutte to create a piece of art that could be worn every day on the wrist,” Aisslinger says.

He further explains that Nomos “should speak to new customers,” and that he and Bunyaprasit “really wanted to stretch the brand’s boundaries and try something new.”

“There was a lot of experimentation before we finally got to the final product. But in the end, I believe it paid off. We have succeeded in generating fresh attention for the Nomos brand without alienating loyal customers,” Aisslinger says.

Obviously, neither did the move alienate Nomos from design award-giving bodies. The Autobahn’s Good Design Award follows the one clinched by the Nomos Zurich in 2011, the Nomos Tangente Date in 2012, the Nomos Ahoi in 2013, the Nomos Metro 38 in 2014, and the Nomos Minimatik in 2015.