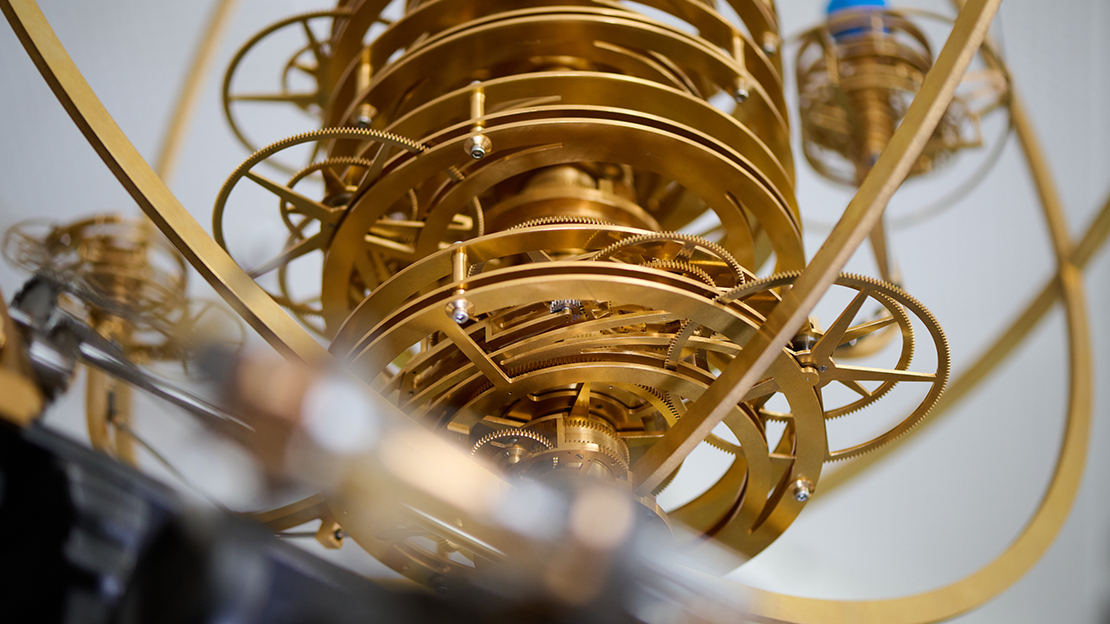 A new TV series, directed by Olivier Ronot, of which the first episode can be viewed now on debethunemecavers.com

This is the story of the creation of the ultimate timepiece… One that will retrace through its myriad gears the history of Time, the universal history of the earthly and celestial mechanics of matter.

‘Tempus Fugit’’, a Latin expression inscribed on timepieces since the origins of watchmaking, reminds us that time flies and that our existence on Earth is fleeting.

Denis Flageollet initiates an extra-ordinary, unprecedented watchmaking project, a work that is both masterful and open-ended, distinguished by his trademark blend of humility and discretion.

“It all begins in the mind”, as he likes to say. At one point, Denis Flageollet, Master Watchmaker and co-founder of De Bethune, began to ponder the realisation that over many years of work he had done a lot of research and made many things and objects including plenty of watches… yet perhaps still felt a deep sense of something still lacking. The need to make ONE particular object.

Recreating the universe in the form of a watch sculpture created gradually, in step with his feelings. An object capable of evolving. The foundations of the project were laid: it was to be a representation of the solar system with more than 63 of its satellites (among the more than 200 listed by NASA) that each revolve around their respective planets – eight in all. This depiction of our solar system would be placed in the centre of mechanisms capable of providing a great deal of astronomical information and enabling ‘double sympathy’ (a term expressing a sense of harmony and interconnection) between a watch and a marine chronometer.

This work of truly extra-ordinary dimensions – involving thousands of gear wheels requiring major calculations and representing a number of stars never previously attempted – constitutes an apparently mad project to be conducted progressively, without being sure of ever reaching the end. It is also a pretext for passing on his art to the younger generation who are helping him in this task.

Documenting the adventure in a serene spirit of transmission
This adventure, which began to take shape recently, has been filmed since day one by TV director Olivier Ronot, a friend of Denis Flageollet.

Given the scope of the project, it is fortunate that the two men enjoy a spirit of mutual trust and understanding. They will move forward together, likewise in a perpetually evolving way, in order to document the adventure through the years and the seasons in the Swiss Jura village of L’Auberson. The footage will reflect life in the workshop, the craftsmanship, the days, the hours, as well as the calm, deep, sincere and authentic rhythm pervaded by the serenity of transmission.

Light, movements, narrative… Olivier Ronot trained in the film industry and brings a different vision to a variety of televised themes including politics, gastronomy and exploring new destinations. He collaborates with the world’s leading luxury and fashion brands and his films have been selected to feature in more than 20 fashion film festivals.

The Mecavers project reveals this unique and delicate way of filming the world while allowing emotions to shine through. The cinematographic treatment of images lies at the core of the artistic approach, reflecting the beauty of the characters and their souls, enhancing the details, the faces, silhouettes and objects in order to trigger an authentically intimate and original sense of liberation in each of the portraits he creates.

Conveying Denis Flageollet’s project through images means speaking of time, of a man’s personal passion, a team, a universe. It implies being both spectator and storyteller of an adventure that will endure to become part of History in its broadest sense. It involves telling a story at the pace of its creator, taking time to listen and jointly resonating in unison with space-time.