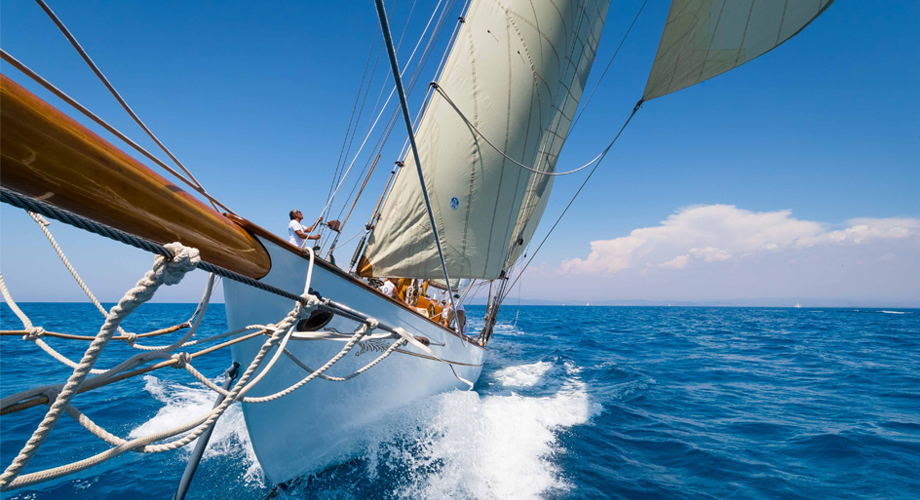 SHE was the yacht featured in the music video for Rio, Duran Duran’s 1982 hit (and now a classic to people of a certain age). Two years after her tryst with Simon Le Bon and his boys, she collided with another boat, and was left neglected for decades, moored off the Caribbean island of Antigua. By then she had already logged at least 36 voyages across the Atlantic — she’s been around, oh she’s been around.

In 2006 Officine Panerai spotted her, acquired her, brought her to Italy aboard a cargo ship, and started restoring her to health. Her name is Eilean, a 22-meter Bermudian ketch built in 1936 by William Fife of Fairlie.

But you can also call her Rio.

Commissioned to restore the yacht were the craftsmen at the Francesco del Carlo boatyard in Viareggio, Tuscany. Work began in February 2007; the goal was to preserve not only her shape and character, but also as much of her original material as possible. Eilean has a zinc-plated metal skeleton, draped over which are Burmese teak planks. Despite having two masts, each of which fitted with ample triangular sails, her lines and features declare she was never originally intended to race.

Her restoration was supported all throughout by Panerai — which isn’t surprising, given that the watchmaker counts the Panerai Classic Yachts Challenge, one of the most important international regattas for vintage yachts, among the events it mounts. After more than two years, work was completed on Eilean, and she was reintroduced to the world in late 2009.

During the program marking Eilean’s return to the sea, then Officine Panerai CEO, Angelo Bonati, said; “Seeing Eilean restored to her former glory is very moving and I am sure that all lovers of vintage sailing boats share my emotion. With her elegance and perfect proportions, Eilean is not just an extraordinary example of craftsmanship and authenticity but also a symbol of a love for the sea that only sailing manages to convey.”

It’s this story of Eilean’s journey from magnificence to disrepair, then rebirth, which earned the yacht a place in Homo Faber – Crafting A More Human Future. The event, created and curated by the Michelangelo Foundation for Creativity and Craftsmanship, honors Europe’s most celebrated artisanal produce. Its message succinctly explains the works featured; “Human beings do things better than machines.”

Eilean was chosen not only to pay proper tribute to master shipwrights who restore classic boats, but also to show how the luxury sector appreciates artisan tradition. Panerai’s involvement is the best example; by supporting the craftsmen who restored Eilean, the watchmaker helped ensure the survival of these artisans.

As part of the Homo Faber exhibit, Eilean was berthed off San Giorgio Maggiore from September 14 to 30. This allowed people the chance to admire the meticulous work lavished her by the masters who had brought her back to magnificence.

“And when she shines she really shows you all she can