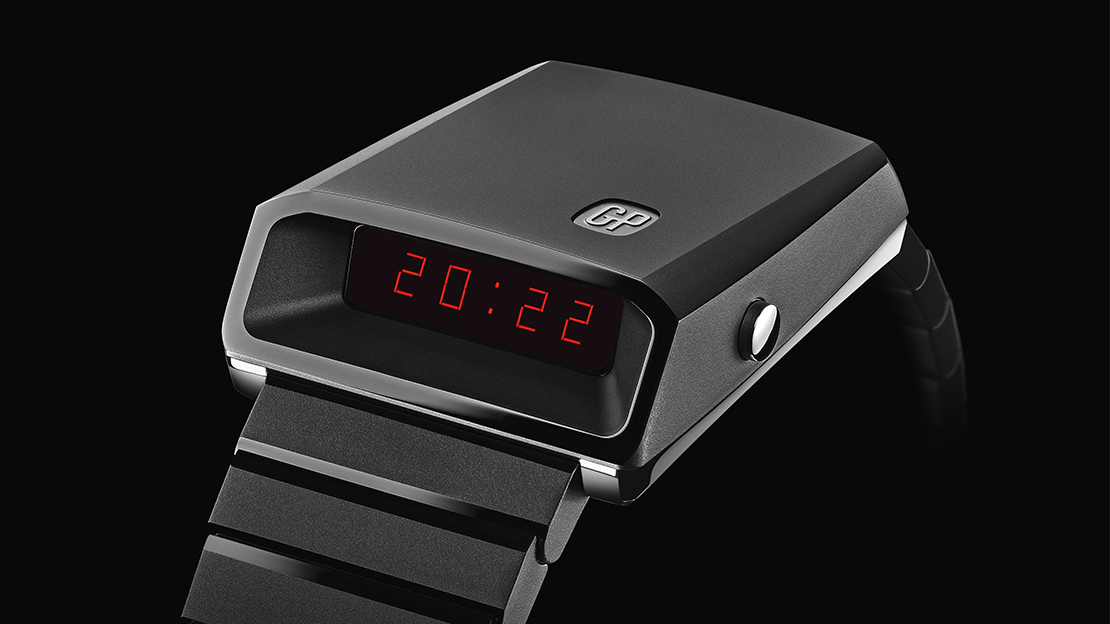 At the height of the quartz movement in the 70s, watchmaker Girard-Perregaux joined the bandwagon and came up with a cutting edge timepiece with a tubular LED display. Moving away from the norm of displaying the time at the top of the watch, Girard-Perregaux chose to display the digital time on its side, at the 6 o’clock position of traditional watches. Its frequency of 32,768 Hz became the universal standard for quartz watches.

This watch only had a reference number, but watch aficionados affectionally called it the “casquette”. Its quartz movement was able to display the hours, minutes, second, day and date. Girard-Perregaux was able to produce 8,200 pieces of this “futuristic” watch. But despite that high number, watch lovers were still clamouring for the piece.

This year, Girard-Perregaux brings this iconic watch back. This time, officially naming it the Casquette 2.0. Not only does it come in a scratch-resistant ceramic case with a Grade 5 titanium case back, its quartz movement – aside from its original functions – now includes a chronograph second time zone, and a secret date. The latter’s function allow the wearer to save a memorable date of the wearer’s choosing. It could be a birthday, an anniversary, or a deadline that desperately needs to be kept.

The Casquette 2.0 comes with a black ceramic bracelet with a rubber interior, assuring a comfortable wear. The folding buckle as made from titanium. The screwed down case back assures a water resistance of 50 meters. This time around, the Casquette 2.0 will be limited to only 820 pieces.