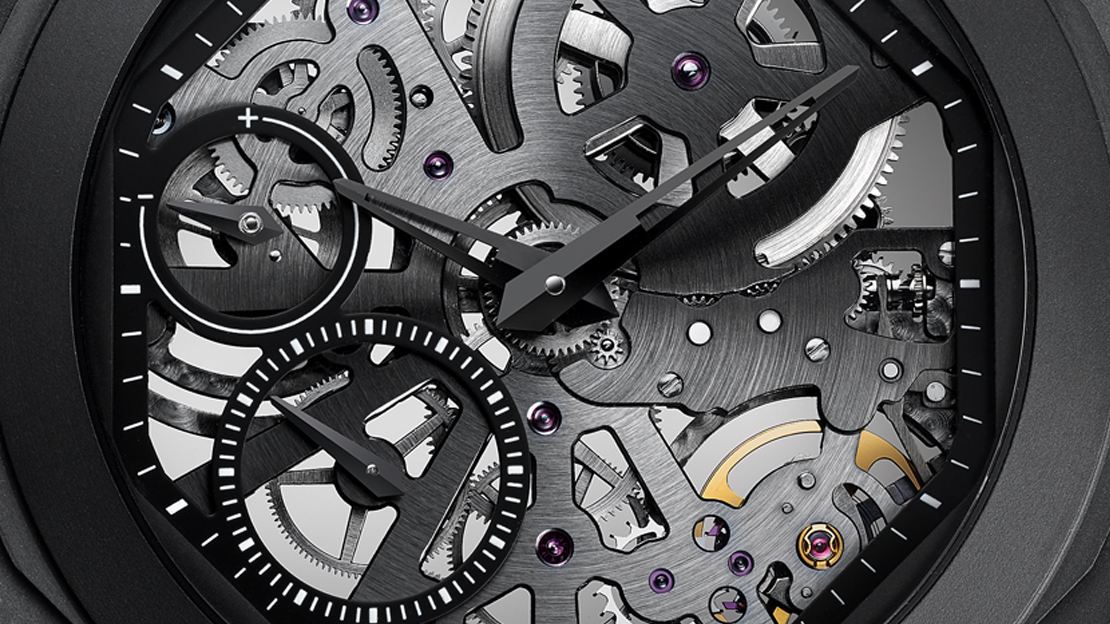 REDEFINING The Thin Ideal, in horological terms; this is what Bvlgari has been up to in the last five years through its Octo Finissimo line. The watchmaker has set world records for thinnest tourbillon, thinnest minute repeater, thinnest self-winding watch, thinnest tourbillon with an automatic movement and, set only at Baselworld this year, thinnest chronograph (with a GMT function, at that).

Well, Bvlgari pursues its slimming ways via a different look with the release of two new Octo Finissimo Ceramic models. Announced along with the record-setting chronograph, one of these new watches is the Automatic piece while the other is the Skeleton model. Defining the two watches are cases, dial (for the Automatic), integrated bracelets and deployant buckles made from black sandblasted ceramic.

Their ceramic construction is quite tricky, according to Bvlgari, as the material presents some limitations with regards as to how thin it could get. The two black ceramic Octo Finissimo watches, at 5.5 millimeters, uhm, “thick,” are actually already at the “extreme limits” of what is possible, the watchmaker says.

Between the two it is the Skeleton that is obviously more detailed (by contrast, the Automatic is sedate). As an Octo Finissimo, the Skeleton is marked out by the collection’s geometric lines and sparse surfaces with decidedly industrial finishes. Its lack of a dial, however, means the in-house, handwound cal. BVL 128SK is on full display (well, large parts of it, anyway).

Bvlgari has been quite clever at designing the architecture of this ticker. It is propped by a trellis of bridges finished in black, which contrasts sharply with the mostly silver gears and other parts, as well as the jewels. Now, because the Skeleton is fitted with a sapphire crystal window on the caseback, the sundry bits that are not in black seem to float in space. The movement’s tempered décor — it relies more on metallic finishing rather than classical flourishes — matches the stealthy matte-black surfaces of the 40-millimeter-wide case and all the components attached to it.

The “dial” furniture over the movement — hour and minute hands, small second ring and hand, and power reserve meter — get lost in the collection of parts, though. Good thing the octagonal minute track (chapter ring?) is able to frame the composition, creating order in the chiaroscuro.

Guess the Octo Finissimo Ceramic is a good kind of The Thin Ideal.