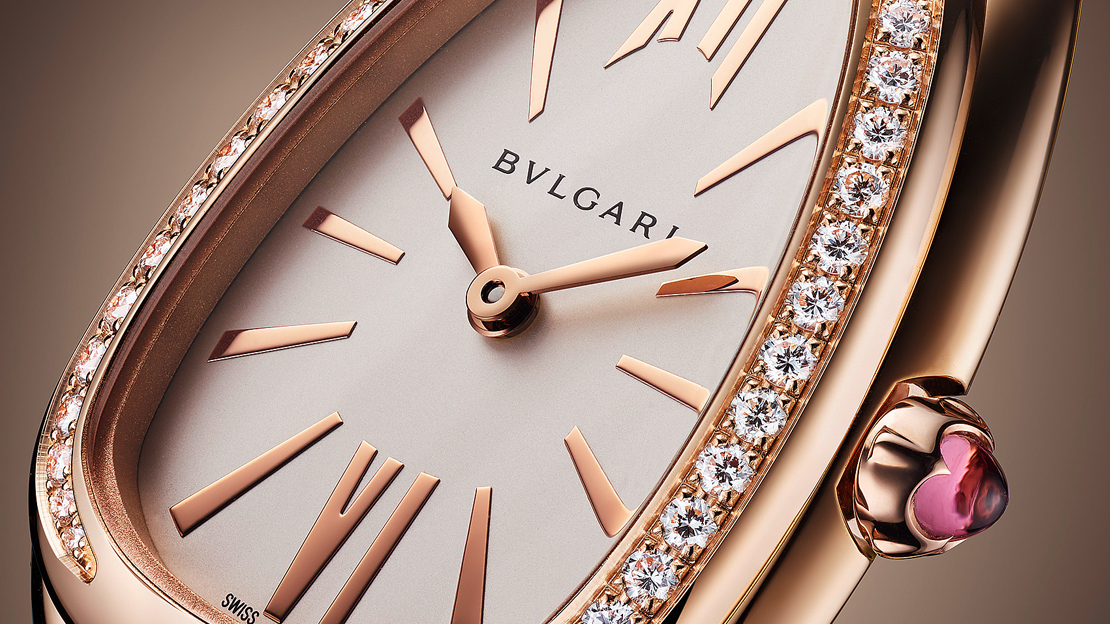 Actually, this should not be surprising given the brand’s Serpenti bracelet/watch combination has been around for more than seven decades; the line traces its beginnings to the late 1940s. But where most of these early pieces were, well, wrapped around the spell of Bvlgari’s iconic Tubogas bracelets (these coil around the wearer’s wrist), some of the later watches brought out in the mid-1950s began to take a more realistic snake-head shape, with their dials hidden under a hinged cover — “secret watches,” such things are called. Plus, bracelets need not necessarily had to be Tubogas affairs, and a number were fashioned out of small “boules” soldered one by one to form an intricate gold mesh. The watches snake heads were often encrusted with diamonds and adorned with eyes in ruby, emerald or sapphire.

In the 1960s, it was the “scales” on the bracelets which became more realistic; every scale was crafted by hand from sheet gold and attached to the others by soldered gold pivots (or screwed together in the enameled versions). The scales were known to also come with gemstones like turquoise, onyx, lapis lazuli, coral or jade.

Fast-forward to 2009 and Bvlgari, through the Serpenti Scaglie collection, introduced what could be considered the modern interpretation of the snake charmer pieces. From this point on, renditions of the Serpenti counted in a new Serpenti Tubogas, some jewel-encrusted secret watches, the 1990s-inspired Serpenti Spiga, the Serpenti Incantati that coiled around the wrist a bit differently, the Serpenti Misteriosi cuff-bracelet watch, models with double-wraparound straps, and, until earlier this year, more secret watches. Quite a progeny, that’s for sure.

The new Serpenti Seduttori distinguishes itself from its forebears by having a case thinner than that used in any previous Serpenti, and which comes with a cabochon gemstone on the crown; Bvlgari says the touch is a nod to its roots as a Roman jeweler. The Seduttori also brings with it a new flexible bracelet composed of stylized hexagonal links that continue to reference the Serpenti scale motif.

All nine versions of the Serpenti Seduttori have cases measuring 33 millimeters across (regardless of material) and which are water-resistant to 30 meters. All the watches are powered by a quartz movement. Their dial material depends on the case this is paired with.