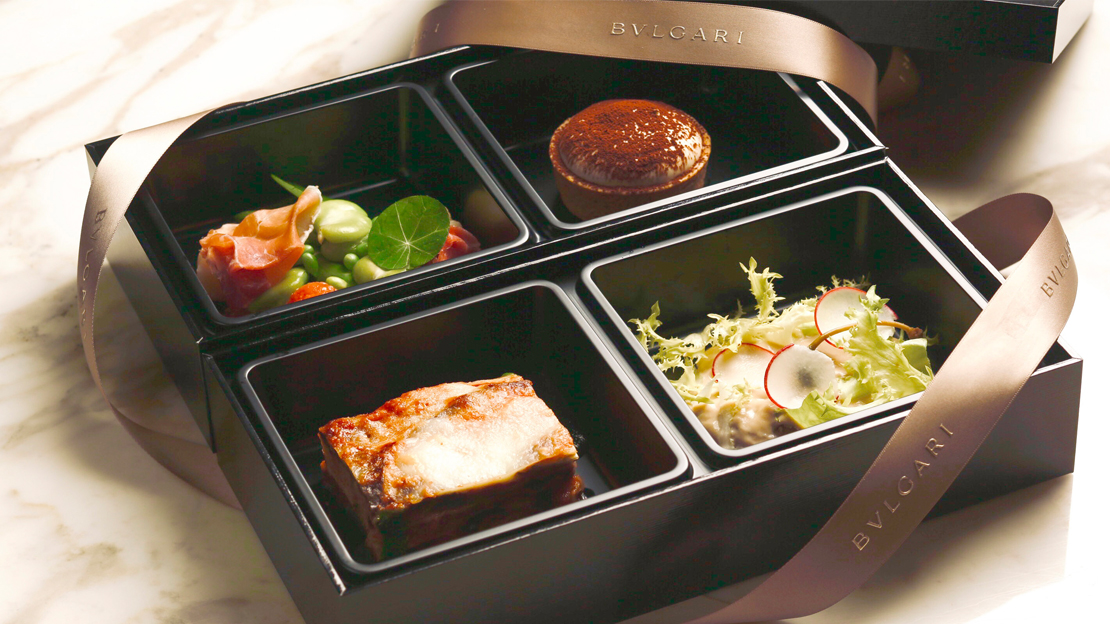 “Bvlgari Japan’s donation is a simple act to share our gratitude for those people that with their work, allow us to have hope.” – Walter Bolognino, President and CEO, Bvlgari Japan

As Japan deals with the Covid-19 outbreak, with Tokyo being named as the epicenter of a recent surge in positive cases Italian luxury brand Bvlgari has decided to join in the fight to curb the spread of the virus in this bustling capital city. In line with the various activities that Bvlgari has implemented globally to support the scientific and medical community, they have decided that one of the best ways to aid in the Tokyo effort is to create and supply lunch boxes for the medical frontliners deployed at the hospitals around Tokyo. Tasked to create “bento” boxes is Ginza-based Bvlgari Il Ristorante – Luca Fantin with Executive Chef Luca Fantin himself leading the charge. Fantin and his restaurant staff have been tirelessly working to prepare lunch boxes containing healthy, immune-boosting food that is delicious too. Packed in handy and hygienic lunchboxes, nutritious and delectable food items such as Asparagus salad, Aubergine parmigiana and event Tiramisu tarts are on the menu and will be delivered to hospitals and medical institutions at the forefront of the fight against the infectious disease in Japan.

The first set of 180 boxes was sent out last April 22 for personnel at the Tokyo Metropolitan Cancer and Infectious Diseases Center Komagome Hospital while the following day, another 200 lunch boxes was delivered to the National Center for Global Health and Medicine.

Executive chef Luca Fantin who created the menu for the special lunch boxes expressed his thoughts as follows: “We would like to show our respect and gratitude to all the medical personnel who go above and beyond their job responsibilities and continue their enormous effort at the forefront in fighting this pandemic, to protect lives. I prepared a simple Italian menu, mostly composed of seasonal ingredients with high nutritional content that allows them to experience the current season, in line with the principle that we always strive for at the restaurant. We hope that it brightens up their spirits during their busy schedule and gives them a feeling of the spring season in appearance as well as in taste”.