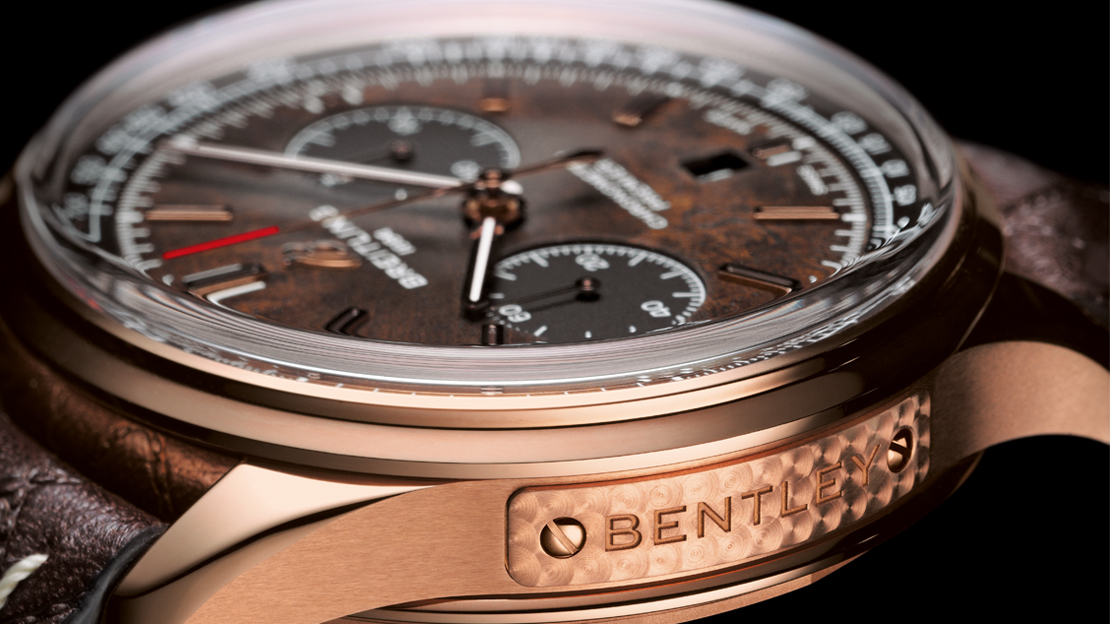 THE blazing partnership between Breitling and Bentley Motors stretches back to 2002. At the time the sporting luxury carmaker was still working on its Continental GT, and it needed a dashboard clock that would befit the bodacious character of the upcoming Bentley — which was set to debut at the Paris auto spectacle of 2003.

Born out of this partnership were special timepieces branded as Breitling for Bentley, with the range composed mostly of chronographs and GMTs. A few even sported complications like a jumping hour, a perpetual calendar and a tourbillon. All, though, adopted certain design cues from Bentleys, in the process setting them apart from their mechanical twins that were simply marked as a Breitling.

The arrangement changed in 2018 when Breitling revived its Premier collection. The Premier is the lesser-known sibling to the brand’s various Navitimers and SuperOceans and even Top Times, and was produced in the mid-1900s before quietly disappearing. Among the five models that composed the Premier’s reintroduction was the B01 Chronograph 42 Bentley British Racing Green, which basically heralds the start of special Bentley pieces getting incorporated within Breitling collections, instead of them being separately branded as Breitling for Bentley.

Now, Bentley, during its presentation at the ongoing Geneva International Motor Show, announced the latest Breitling timepiece devoted to the car brand. Called the Breitling Premier Bentley Centenary Limited Edition, the watch celebrates Bentley’s 100th birthday — it turns a century old on July 10 — as well as mark Bentley’s and Breitling’s collaboration through the years.

Two versions of the Premier Bentley Centenary are available; one wearing an 18-karat red gold case, the other steel, but both measuring 42 millimeters in diameter. The red gold version is limited to 200 pieces as identified by a “ONE OF 200” inscription, while the steel model is capped at 1,000 watches. Also engraved on a plate screwed on the left side of the cases is “BENTLEY.”

As tradition dictates, the watch takes on design elements from Bentleys. While remaining instantly identifiable as a Premier B01 Chronograph 42, the Premier Bentley Centenary sports a wooden brown dial in burl elm. The touch is a nod to the wood seat of the No. 9 Bentley 4½ Litre Supercharged car raced by Sir Tim Birkin at the 24 Hours of Le Mans in 1930. The wood from this seat, by the way, has been fitted into the rotating information display of the special Bentley Continental GT Number 9 Edition by Mulliner, which is meant to honor the No. 9 Bentley 4½ Litre Supercharged during the carmaker’s centennial.

Placed on the watch’s dial are the tidier, less busy elements that have become the norm under Breitling CEO Georges Kern. Contrasting the wood theme are a pair of black subdials (30-minute counter at 3 o’clock, small second indicator at 9 o’clock) and a black inner bezel, on which printed in white is a tachymeter scale. The watch’s simple hour and minute stick hands are coated with SuperLuminova, its hour markers taking on the color of the case material. A discreet date window resides at 6 o’clock. The brown leather strap is adorned by pattern and stitching inspired by Bentley seats (the steel version can also come in a steel bracelet). Sapphire crystal covers the watch on top and at the back — which is stamped with the Bentley and Flying B logo.

Peeking behind this glass aperture is Breitling’s in-house, self-winding cal. 01, a COSC-certified chronometer oscillating at 28,800vph and packing a power reserve of around 70 hours. Used in hundreds (yes, hundreds) of Breitlings, this movement boasts a proper column wheel and vertical clutch, and has earned for itself the honor of being one of the best chronographs in the business.

So, yes, it befits a Breitling piece for Bentley.