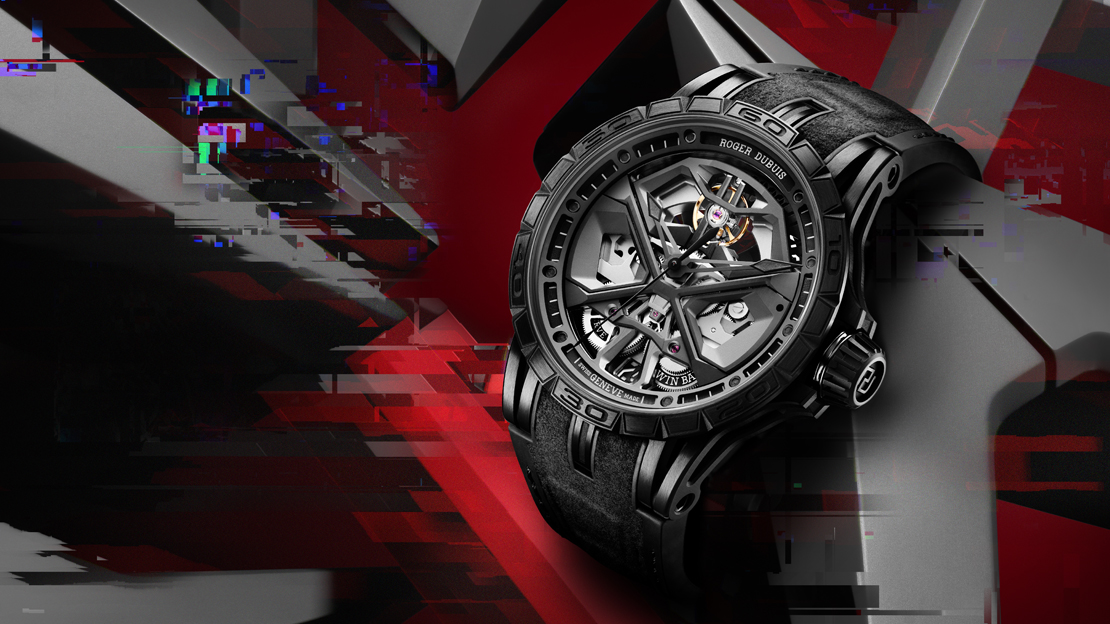 Manufacture Roger Dubuis once again creates a striking timepiece inspired by an equally striking creation from the Italian supercar maker’s motorsports division, Lamborghini Squadra Corse and their raging bull of a supercar, the Huracán. The product resulting from this inspiration is the clad in black DLC Titanium Excalibur Huracán, a 45mm timepiece featuring a 12° angled balance wheel representing the movement signature associated with Lamborghini Squadra Corse. Adding to its speedster allure is a 360° oscillating weight inspired by and reproducing the same kind of speed effect as a Huracán wheel; while the upper calibre features a strut-bar design bridge reminiscent of those found on the V10 engine of the Lamborghini Huracán supercar itself. Displaying the same performance and lightness as the supercar it was patterned after, the Excalibur Huracán is powered by the automatic RD630 movement developed specifically for the partnership with Lamborghini Squadra Corse.