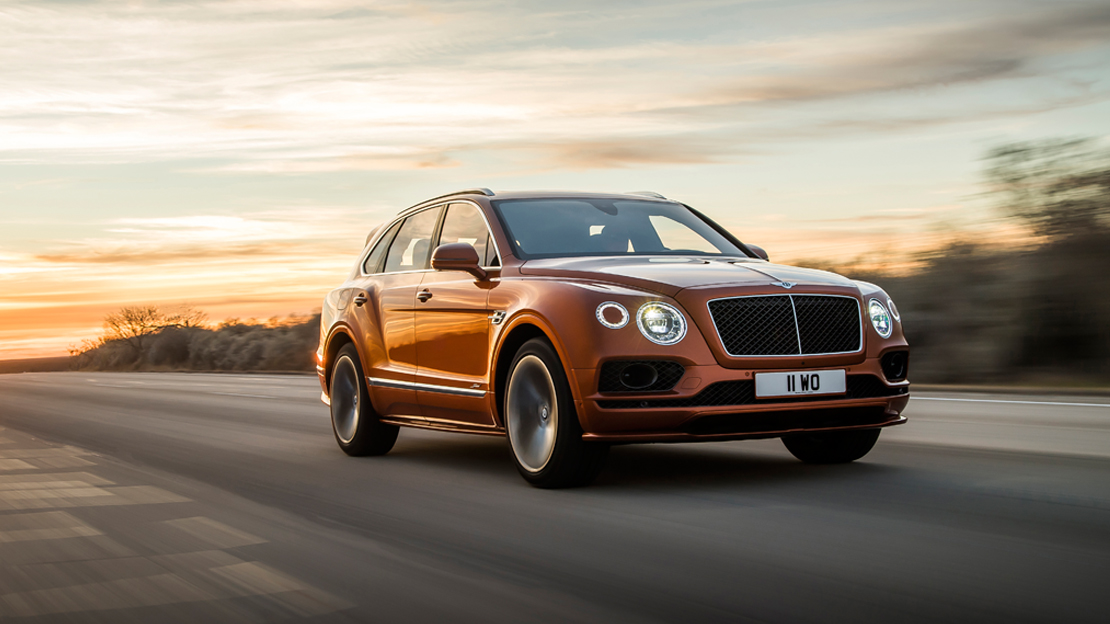 IT MAY tip the scales at nearly three tons and is one of the best appointed cars on the planet, yet the Bentley Bentayga can sprint to 100km/h in 4.1 seconds and boasts a top speed of 301km/h. Take note though; these figures refer to the “regular” Bentayga. Because the Bentayga Speed, to be released at the 2019 Geneva Motor Show, is reckoned to better this performance — or take only 3.9 seconds to get to 100km/h, and reach a 306km/h top speed.

According to Bentley, this makes the Bentayga Speed the world’s fastest production-model SUV.

The “Speed” in its name references the tag Bentley gives its more potent models, with the tradition traced back to the carmaker’s Continental GT Speed of 2007. Its new Speed form also furthers the Bentayga’s capacity for, well, speed after the model — the “regular” one — proved this by claiming the fastest production SUV record at the Pikes Peak International Hill Climb in 2018.

When used in the Bentayga Speed, the W12 twin-turbo engine makes 626hp rather than “just” 600hp. Its 900Nm torque output is unchanged. The all-wheel-drive Speed is equipped with an electronic differential lock and four on-road Drive Dynamics modes in which the Sport setting gets a rortier exhaust, firmer suspension tuning, and quicker responses from the engine and the eight-speed automatic gearbox. Custom mode allows for bespoke set-ups.

Also kitted to the Bentayga Speed is the Bentley Dynamic Ride, an electronic active roll control system that counteracts lateral rolling forces when cornering and ensures maximum tire contact to the road.

The car’s ceramic brakes are the largest and most powerful ever fitted to a Bentley, packing a maximum braking toque of 6,000Nm and built to withstand temperatures up to 1,000 degrees Celsius. Plus, these are more than 20 kilograms lighter than steel brakes.

Identifying the Bentayga Speed are its body-colored lower appendages, front and rear bumper splitters and a tailgate spoiler. Speed decals adorn the lower edges of both front doors. Also coming in body color is the screen underneath the lower front grille. The SUV’s bumper and grille wear a dark-tint matrix and the front and rear lamps are smoked. New 22-inch, 10-spoke wheels come in silver, dark tint and black.

As a Bentley, the Bentayga Speed’s cabin is far from shabby, flaunting numerous handcrafted furniture that includes a new two-tone Alcantara trim (leather remains as a no-cost option). Contrasting stitching is available, too, counting in the diamond quilting on the cushion bolsters, at the top of the backrest, on the door pads and on the backboard of any Speed specified with four seats instead of five. Plenty of Speed badges guarantee this special Bentayga won’t be mistaken for any other SUV, Bentley or not.

Well, experiencing its grunt will surely make one remember it’s the fastest SUV on the planet.