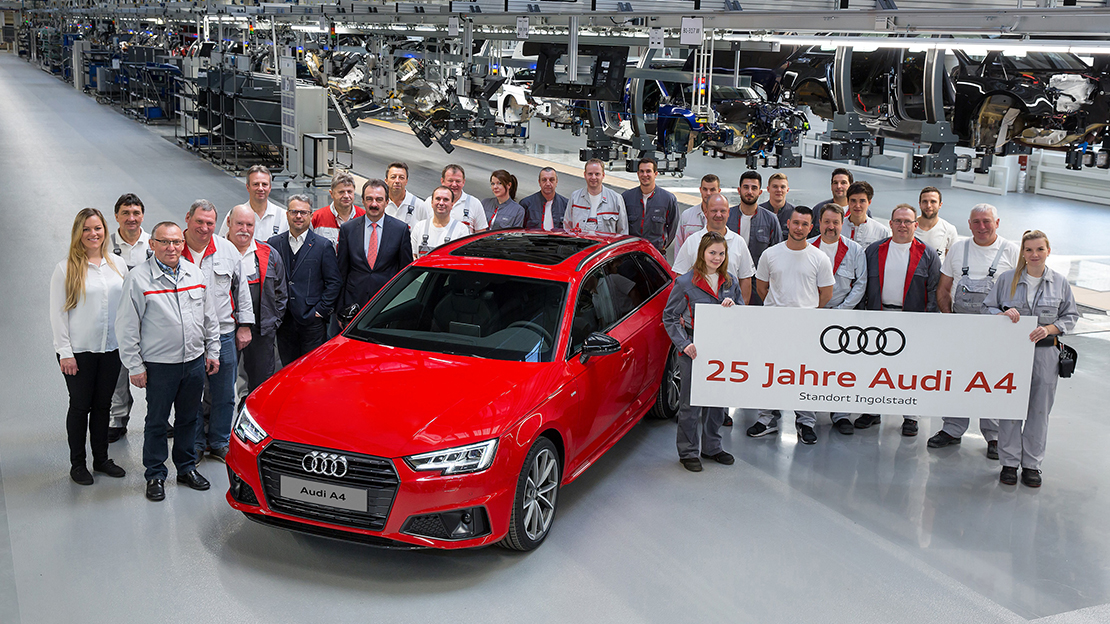 AS THE Audi A4 celebrates its 25th birthday this year, the seminal midsize model continues to rack up astonishing stats. Chew on these:

* More than 7.5 million A4 models were built in a quarter-century. That equates to an average of around 300,000 cars a year.

* At present, approximately every fifth Audi delivered worldwide is some A4 variant.

* One in five cars delivered by Audi in its home market of Germany is an A4.

* Outside Germany, the biggest markets for the A4 are China and the US.

* Audi sales in China totaled to a record 660,888 cars last year, 163,296 of which are attributed to an A4 variant — the long wheelbase A4 L built and sold exclusively in the country.

Now on its fifth generation, the A4 remains a key pillar for the brand. It still stands for cutting-edge technology in the premium mid-range class, asserts Audi. The model also benefits from innovative production technologies at the highest level. These days, the A4 leads in numerous driver-assistance systems. There is no reason to doubt these claims.

For one thing, it’s indisputable the A4 did set new standards for midsize luxury cars when it went into production in 1994 as the successor to Audi’s 80 series. The A4 mixed elegance, sportiness and comfort markedly better than the model it replaced. Customers across the world responded favorably; the A4 became a bestseller in its first full year of production in 1995. Build volume for that year was pegged at 272,052 vehicles.

As Audi notes, the A4 has symbolized the Four Rings like no other model.

Through the years, the A4’s five generations — internally coded B5, B6, B7, B8 and B9 — were (and are) configured as four-door sedans or five-door wagons. Convertible variants were included in the B6 and B7 lineups. All, however, had/have their engines up in front and a transaxle in the rear. They were/are also offered in front-wheel drive or quattro all-wheel drive.

Certainly, the halo variant in four of the five model generations was/is the RS4 Avant. In current form this high-performance, quattro-driven, 444hp wagon can sprint from a standstill to 100kph in just a little over four seconds.

Yes, this thing piles on the stats, too.