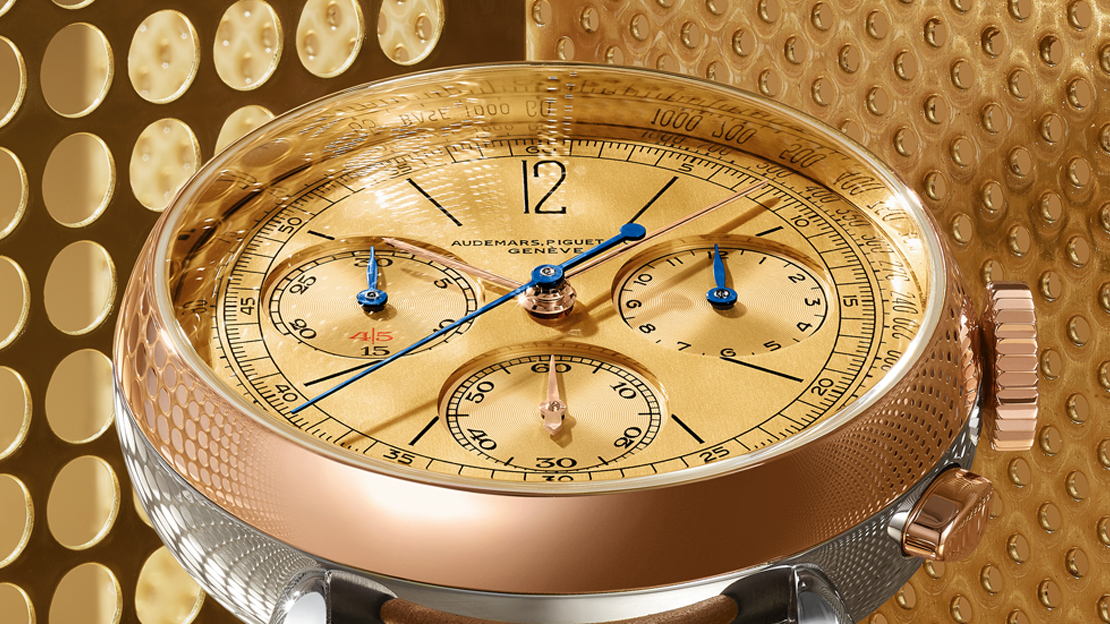 Audemars Piguet has the distinction of being the oldest fine watchmaking manufacturer still led by its founding families. Jules-Louis Audemars and Edward-Auguste Piguet created a partnership in 1875 that has lasted to this day. The Audemars Piguet watches are thoughtfully designed and exquisitely detailed. The aesthetics they established have carried them through the different challenges and changes throughout the years, giving them a wonderful body of work to look back on. And sometimes, when you look back, you also decide to take things forward.

The team chose to remaster a previous watch; not reissue, but remaster. They have taken the design aesthetics that made the original watch such a success and have brought them into the present with modern technology and even modern and improved design techniques and applications. As AP’s Head of Complications Michael Friedman says, “For [Re]master01, we chose to explore the strength and elegance of one of our chronograph wristwatches from 1943 through the prism of 2020. This is not a historic reissue – it is a contemporary remastering of one of our past creations.”

Audemars Piguet chose the perfect watch for this project, a chronograph wristwatch from 1943, a timepiece rich with history. Michael Friedman explained that the team chose from within the Heritage collection and, “the entire team unanimously decided on this chronograph wristwatch because of the specific aesthetic and emotional connections we all felt for this echo of the past.“

And what a fantastic choice it was. The 1943 chronograph wristwatch had so many interesting points about it, you’d be spoilt for choice when choosing what to focus on. It is only one of three stainless steel and gold chronographs sold that year. The chronograph function is the sportsman’s choice for timing their activities, but it was just beginning to be appreciated for its usefulness outside of the sports world. The watch in at 36mm and was considered large then, since watches typically between 31 and 34mm.

The [Re]master01 has a round case and lugs in stainless steel, nicely partnered with the bezel, pushers, and crown in 18-carat pink gold, thus creating the delightful two-tone design. The gold-toned dial is a beauty in itself – luxurious and replete with details. The black hour markers and pink gold hour, minute, and seconds hands are elegant, but my favorite design detail is the blue on the chronograph hands and tachymetric scale. The [Re]master01 is equipped with an integrated chronograph with column wheel and flyback function. The chronograph counters don’t follow the original placement, again proof that this is a remastering and improvement, not just a reissue. The watch comes with two leather straps — light brown calfskin strap and a dark brown alligator strap.

The [Re]master01 Audemars Piguet Selfwinding Chronograph is a beautiful watch made all the more interesting due to its beginnings. Audemars Piguet started this project with the goal of remastering one of its vintage watches and bringing into the present. Goal achieved, definitely. And the ’01’ in the name implies there could be the ’02,’ the ’03,’ to look forward to. I cannot wait.