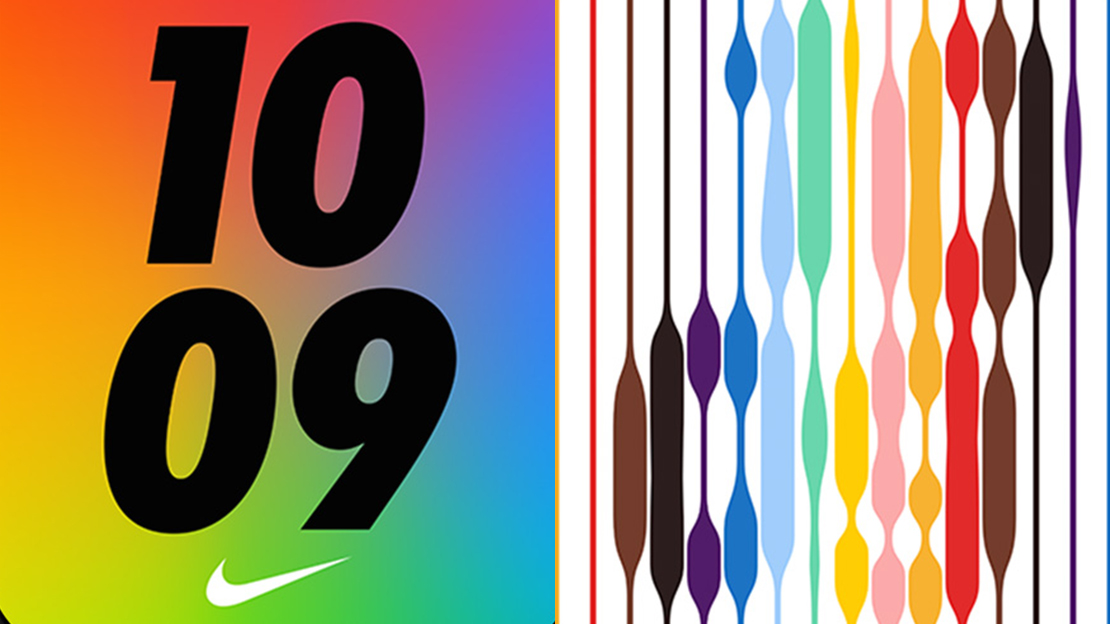 In celebration of Pride month this June, Apple is releasing two new Pride Edition bands with dynamic Pride watch faces in support of the global LGBTQ+ community and equality movement. This year’s Pride Edition Sport Loop showcases a color gradient with the word “pride” woven directly into the band. Apple is also launching a new Shot on iPhone pride campaign on Instagram that captures the essence of artists and figures within the global LGBTQ+ community.

Apple is proud to build on its long-running support for LGBTQ+ advocacy organizations working to bring about positive change, from Encircle, an organization that provides life-affirming programs and services for the LGBTQ+ community and their families, to The Trevor Project, the world’s largest suicide prevention and crisis intervention organization for LGBTQ+ young people. Additional advocacy organizations Apple is supporting include Equality Federation Institute, Equality North Carolina, Equality Texas, Gender Spectrum, GLSEN, Human Rights Campaign, ILGA World, The National Center for Transgender Equality, PFLAG, and SMYAL. Now in its seventh year, the Apple Watch Pride Edition bands and watch faces illustrate the ways in which the company stands with, supports, and is proudly made up of the LGBTQ+ community.

“Pride is an essence that affirms: however you decide to change, grow, and show up is enough.” – Baobei

Pride Edition Sport Loop
Members and allies of the LGBTQ+ creative community at Apple were inspired to deliver a new expression of pride through this unique design. Utilizing the comfortable, durable, and adjustable Sport Loop design, Apple used a new technique to remove several of the double-layer nylon-woven textile loops on the band to reveal the word “pride” in a cursive style inspired by the original “hello” greeting — displayed on the first Macintosh in 1984 — giving the word a novel, three-dimensional look and feel.

The team designed a color gradient that incorporates the original rainbow colors with those drawn from various pride flags, including light blue, pink, and white, representing transgender and gender-nonconforming individuals, and black and brown, symbolizing Black and Latinx communities. The colors also represent those who are living with or have passed away from HIV/AIDS.

Pride Threads Watch Face
Inspired by multiple pride flags, this new watch face combines colors to represent the strength and mutual support of the LGBTQ+ movement. Mirroring the woven loops of the Sport Loop, each strand of vibrant thread contributes to the overall composition of the watch face. The colorful threads move as the Digital Crown on Apple Watch is rotated, the display is tapped, or the user’s wrist is raised. Apple is also including new App Clip functionality within the band packaging to deliver a simple and convenient way for customers to immediately access the new matching watch face.

Mirroring the woven loops of the Pride Edition Sport Loop band, vibrant strands come together in the Pride Threads watch face to represent the strength and support of the LGBTQ+ movement. The strands move as the Digital Crown is rotated or the display is tapped.

Pride Edition bands and watch faces have served as symbols of support for the LGBTQ+ community and its allies since they were first introduced in 2016.

Using a new technique, textile loops were removed to reveal the word “pride” on the band in cursive, creating a three-dimensional look and feel.

Pride Edition Nike Sport Loop
A new Pride Edition Nike Sport Loop celebrates the full spectrum of the rainbow and features a matching rainbow-colored Nike Bounce face that accompanies the new band. Along with Nike’s Be True collection, the Sport Loop honors individuals who are expanding sport for future generations and inspiring others to feel the joy of being authentically themselves. Be True is part of Nike’s broader commitment to the LGBTQ+ community, which focuses on recognition, advocacy, inspiration, and education.

A New Shot on iPhone Pride Campaign
From Harvey Milk Plaza in San Francisco to Paulista Avenue in São Paulo, the Shot on iPhone pride campaign will showcase imagery from an illustrious group of intersectional creatives, celebrating present-day queer pioneers in places of historic significance to the LGBTQ+ movement. Coming soon to @apple on Instagram, the series will feature works from photographers Ryan McGinley at Stonewall Inn in New York; Evan Benally Atwood at Window Rock in Arizona; Meinke Klein at The Homomonument in Amsterdam; Caia Ramalho at Paulista Avenue in São Paulo; Lydia Metral at Plaza de Chueca in Madrid; and Collier Schorr at Harvey Milk Plaza in San Francisco, featuring Baobei.

“Dance helps me honor my grief and pain while familiarizing myself with physical, mental, emotional, and spiritual liberation.”