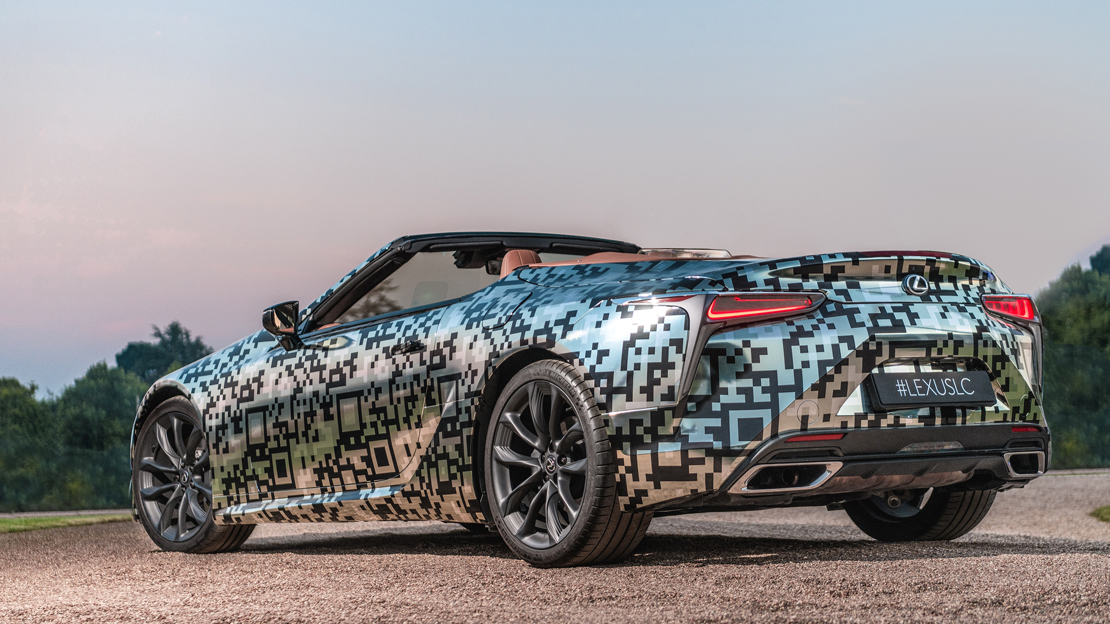 JUST as gastronomes are likely to turn up their noses at the pronouncement everything tastes better with bacon, the purists among car enthusiasts are wont to scoff at convertibles. Hard to deny, though, that bacon and droptops are guilty pleasures.

And Lexus has just added bacon to its flagship coupe dish.

At the Goodwood Festival of Speed that just ended, the carmaker confirmed it would be making a convertible version of its LC coupe, and even strutted a camo-suited prototype of the car there. This was a brave move, frankly; because the Goodwood lawn is where the planet’ most awesome cars gather every time the British summer rolls around. It’s like the gods of automobiles and speed opened up their garage and let their best creations out so these could get some sun and exercise. For Lexus to turn up with a prototype here is to tempt these gods.

By all indications though, they were pleased. Like the coupe — which, incidentally, debuted at Goodwood in 2016 — the droptop unsurprisingly is long, low and lean, its lines taut, its stance, athletic. The prototype is shod with large wheels, highlighting best the car’s short overhangs. But it’s hard to see some of the details which will set the convertible from the coupe, because Lexus was a complete tease as it chose to drape the prototype in digital camo. No photo of the car with its top up was seen, too.

The carmaker had actually brought out the LC Convertible Concept at the Detroit auto show earlier this year. There, Lexus said its design team’s goal was to create something with “Ultimate Beauty”— likely a marketing tag given its quotation marks and caps.  Apparently, the response over the topless concept was favorable; it promptly took an EyesOn Design Award.

The LC coupe, by the way, can boast of the same accolade, too.

At Goodwood, racecar driver Nick Cassidy, who currently drives for Lexus Team KeePer Tom’s in Japan’s Super GT series, blasted the LC convertible prototype up the place’s famed hillclimb course. The drive was part of the car’s development. Lexus says it would next take the prototype LC convertible to different venues to gather feedback for the engineers to work on. But Lexus did not bare specifications about the car, nor did it say when this would be launched.

Hopefully this happens at the Tokyo Motor Show in late October. Which means bacon will be arriving soon.