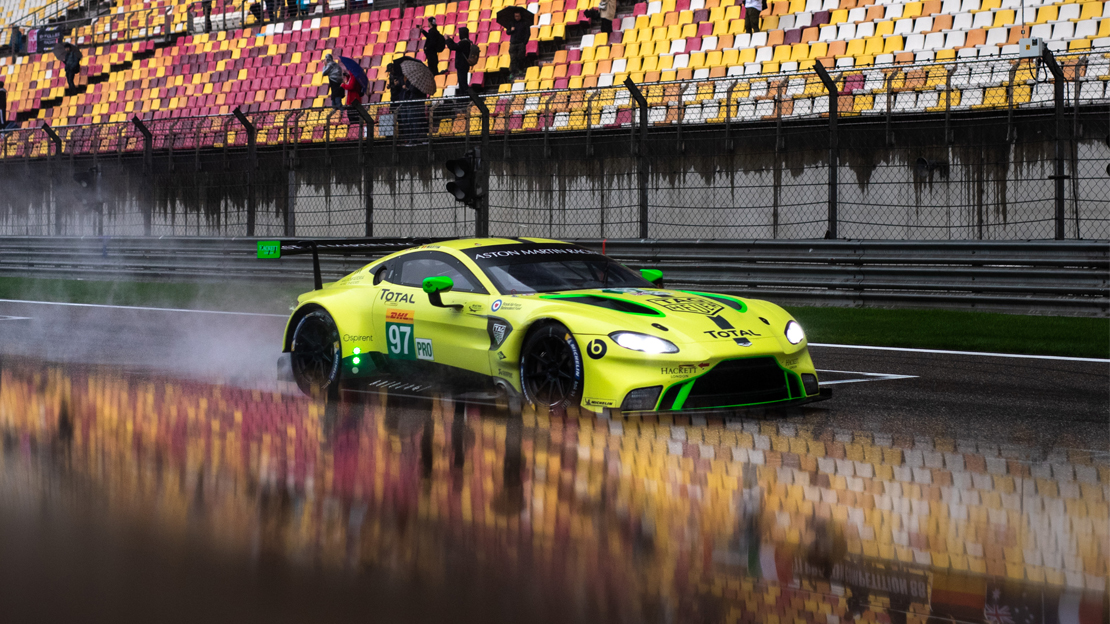 AFTER six hours of intense competition, which saw five safety car periods and two red flag stoppages for torrential rain, the No.95 Aston Martin Racing Vantage GTE of Nicki Thiim and Marco Sorensen clinched at the Shanghai International Circuit the first World Endurance Championship (WEC) win for the British manufacturer’s new race car. The victory was the first for the team since the 6 Hours of Mexico last year and, amazingly, it even looked as though Aston Martin Racing might secure a 1-2 finish up until the final 30 minutes of the race.

Thiim and Sorensen, the 2016 WEC GTE Pro champions, led their class’s field virtually all throughout the race. Closely following the leading Aston Martin was the identical No. 97 Vantage of Maxime Martin and Alex Lynn, who at different stages also ran in first place. With less than an hour to go both Aston Martin Vantages were still holding on to the top two positions, but a decision made earlier in the race had called for the team to split their cars’ strategy in order to maximize its chances for a victory. So, as the race wore on, the No. 97 car changed to its final set of wet tires earlier than the No. 95 Aston Martin. This meant that at the final run to the finish, the No. 97 car had worse tires, leaving it struggling for grip when it rained again towards the end of the race.

As the No. 95 Vantage took the checkered flag, its teammate had to settle for fourth place.

“It was definitely a long race in very difficult conditions,” confirmed Sorensen after the race. “We are super happy that we got the first win for the new car; in fact it was so quick today that it seemed we were almost fighting for the overall victory.”

Thiim added: “It has been a huge learning curve for the team with this new Vantage GTE and to be standing here on top of the podium after all the work we’ve put in is a really emotional feeling. The whole team delivered today. We had the most competitive car, the strategy was spot on and everyone worked perfectly together to bring this result.”

The win also cements Aston Martin Racing’s reputation in Shanghai; the team has had a car finish in either first or second at every Shanghai race in either GTE Pro or Am class.

“Obviously it is great for us to record the first victory for the new Aston Martin Vantage GTE. It was maybe the most complicated race there has been in the WEC. It was also one of the most competitive GTE Pro races — outside of Le Mans — because there were 11 cars in the class. Which was a first,” Aston Martin Racing managing director John Gaw said after the race.