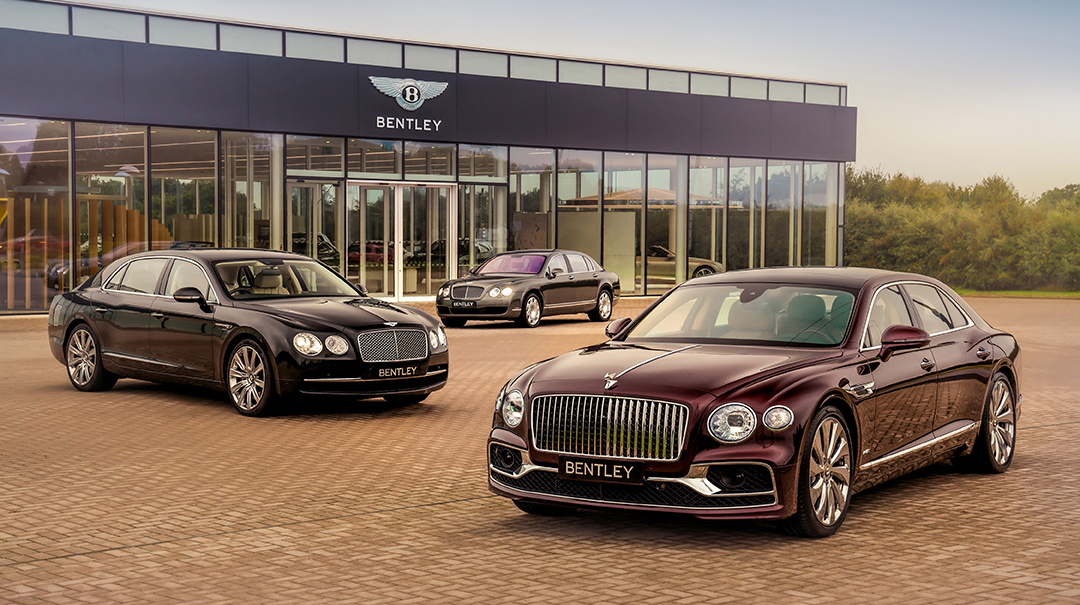 The Flying Spur is now on its third generation and still has a presence that is unmistakably Bentley. All generations of the Flying spur was designed, engineered, developed, and manufactured in Crewe, England. Each of the cars built has spent more than 100 hours on a dedicated production line where a team of 250 people assemble every Flying Spur by hand.

After fifteen years of continuous production, Bentley Motors has successfully surpassed the 40,000 units produced. Of the total number of Flying Spurs manufactured, nearly half of these were commissioned by customers in China and the Americas, the manufacturer’s two biggest markets. UK buyers account for around 10%, while the remaining 40% is split among the rest of Europe, the Middle East, and Asia Pacific.

This new Flying Spur is a unique fusion of breathtaking performance, contemporary design, and intuitive technology. It delivers an enticing experience for those who want to drive, as well as for those who prefer to be driven. Its commanding form, intricate detailing, and sharp design lines asserts its presence on the road.

Beneath the bonnet is an enhanced version of Bentley’s 6.0 later, twin-turbocharged W12 engine that combines impressive torque and power to deliver effortless acceleration and breathtaking agility. The model is the first Bentley to be fitted with electronic all-wheel steering, which is combined with an active all-wheel drive system and the Bentley Dynamic Ride – the world’s first 48-volt electric anti-roll system. New three-chamber air springs allow for a vast range of suspension adjustments.

The cabin is accentuated by a new floating centre console. The wing shape rises up and flows across the dashboard, wrapping around onto the front and rear doors, creating a sculptural flow that enhances the feeling of spaciousness. And if that weren’t enough, a new glass-to-glass panoramic sunroof lets the light flood in, allowing the passengers to experience the outdoors in the comfort of the Flying Spur’s cabin.

Bentley is pushing the boundaries of refinement and attention to detail with the all-new Flying Spur, to create the finest luxury sports sedan ever built. We all look forward to what technologies and innovations will come with the car when they roll out their fifty-thousandth unit.