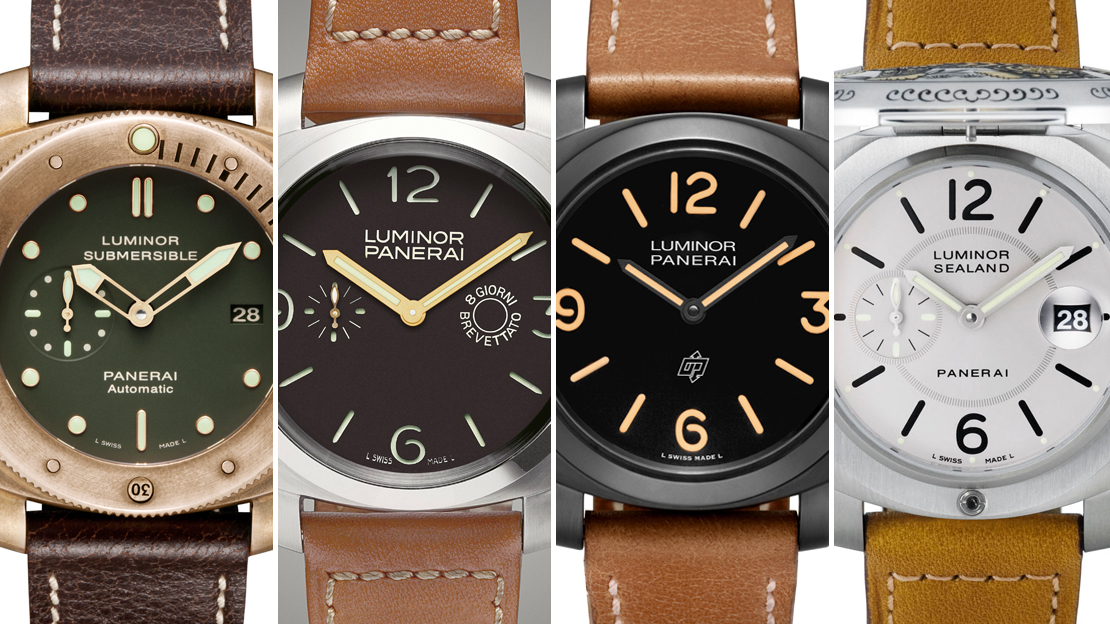 IF THE recent Phillips Spring Auction in Hong Kong is any indication it seems limited-edition Panerai pieces released during the peak of the brand’s popularity are holding up their value quite well. At the Hong Kong event, four Luminors hammered above their original retail prices — two sold for more than double, by Phillips’ estimates. With a resurgent Panerai, could values of its recent watches hold up as well in future? Time will tell, of course. In any case, here are the four PAMs that switched hands (or is it wrists?) during the two-day auction:

A sensation upon release at the 2011 Salon International de la Haute Horlogerie by way of a bronze 47-millimeter-wide case, the PAM 382 was deemed an instant collectible. That it was available in only 1,000 examples boosted this argument. Its unidirectional rotating bezel and crown protector — also in bronze — were unmistakably Panerai’s. Over its luscious green dial sat simple hour and minute hands, a small second subdial and a date window. This identified the watch’s movement as the in-house, self-winding cal. P.9000, which with a pair of mainspring barrels is capable of a 72-hour power reserve. Seriously cool, this piece.

The PAM 203 of 2005, available in only 150 examples, relived the Angelus “8 Days” movement which Panerai supplied to the Italian Navy in the 1940s. The purpose of this extra-generous power reserve was so that naval units on various missions could synchronize their times — and keep these more accurate — over extended periods. In the 47-millimeter-wide PAM 203’s steel case ticked the handwound Angelus cal. SF 240 that has seen duty on various timepieces since the 1940s. This is then combined with the brand’s trademark elements, as well as the historically faithful “8 Giorni Brevettato” inscription that balanced out the small second subdial. Some contested Panerai’s claim of having found a stash of Angelus movements, which it used on the PAM 203. But maybe this only added to the watch’s appeal. Or mystique.

Launched in 2010 to celebrate the 10th anniversary of Panerai enthusiast community website paneristi.com, this dedicated PAM 360 piece, limited to 300 examples, took off from a Luminor Base Logo. Housing it was a 44-millimeter steel case finished in PVD. Its dial was defined by “patina-colored” markings and hands, as well as an OP logo. Among the items engraved on the solid caseback were “Paneristi.com” and “Tenth Anniversary.” Beating within it is not an in-house movement, but rather the handwound workhorse that is the cal. ETA 6497-1, which spins at 21,600vph and packs power good for 55 hours.

Meant to celebrate the Year of the Tiger in the Chinese zodiac, which started in February 2010, the PAM 838 was produced in 2009. Only 25 were made and sold at Panerai’s boutiques in Shanghai and Beijing. As a Chinese zodiac model, the PAM 838’s 44-milimeter-wide steel case had a steel top-hinged cover over which was engraved an elaborate Oriental depiction of a tiger. The artwork differed slightly for every piece because this was hand-engraved by Italian craftsmen, who also inlaid gold trim over the image. Housed within the surface was a white dial marked by hour and minute hands, “12” and “6” numerals, stick indices, a date window and a small second subdial. A modified version of an ETA 7750, which spins at 28,800vph and has a 42-hour power reserve, powered this rather unusual model.