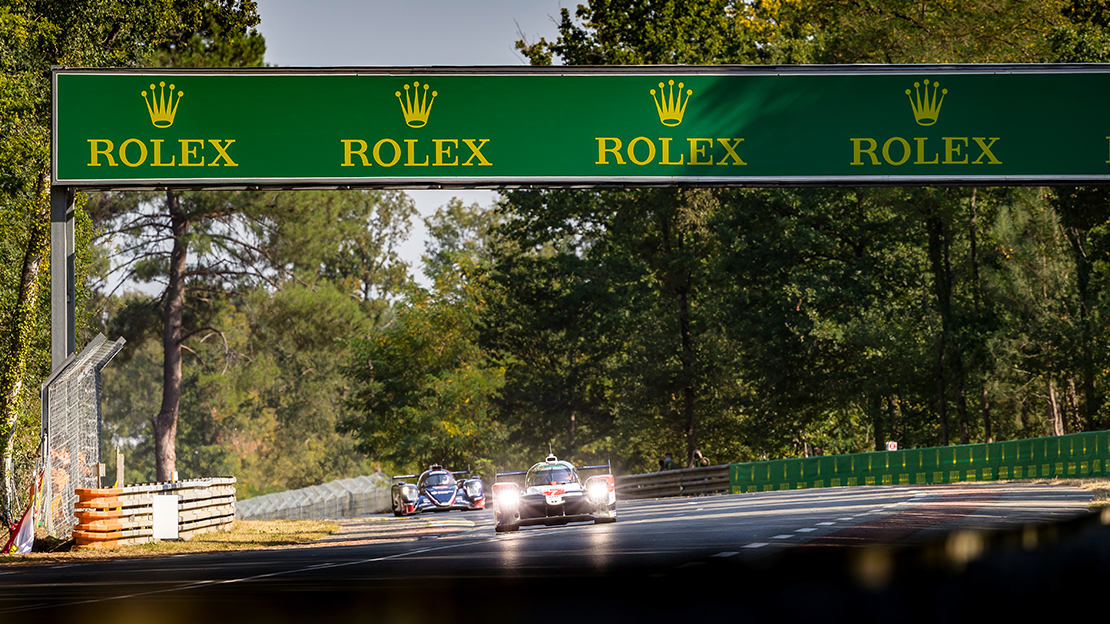 The 62-car field for the 24 Hours of Le Mans 2021 begin final preparations this afternoon, with practice and qualifying sessions ahead of the 89th edition this weekend. Almost a century after it was first held, the race remains the ultimate test of perseverance and mechanical proficiency for the world’s most advanced sports cars. On Saturday 21 August at 16:00 local time, the French Tricolore flag will signal the start of this attritional twice-around-the-clock contest. Rolex has partnered the event since 2001, underlining its ongoing commitment to the pursuit of excellence.

“Rolex’s 20-year relationship with this race is such a special and rare long-term partnership. For a racing driver, they are the perfect match; the most elegant and prestigious watchmaker and the most mythical and legendary car race in the world. With the introduction of the Hypercar for the first time at Le Mans this year, it really is an exciting time for endurance racing.”

The Le Mans Hypercar (LMH) class, a joint project of the Fédération Internationale de l’Automobile (FIA) and the Automobile Club de l’Ouest (ACO), aims to reduce costs and promote road-relevant technology. This opportunity to transfer motor sport innovation to everyday cars has encouraged many manufacturers to announce a return to endurance racing in the coming years, and means the 24 Hours of Le Mans continues to be a proving ground for leading automotive companies.

After the opening three rounds of the 2021 FIA World Endurance Championship, Toyota remains unbeaten in this new top-tier category, but its two entries continue to face a tough challenge from closest rivals Alpine. The defending three-time 24 Hours of Le Mans winner, the No. 8 TOYOTA GAZOO Racing, arrives at Circuit de la Sarthe hanging on to a marginal lead in the drivers’ championship, having suffered reliability issues during last month’s 6 Hours of Monza.

The competition will also be fierce throughout the rest of the 2021 field, as 25 Le Mans Prototype 2 (LMP2), eight Le Mans Grand Touring Endurance (LMGTE) Pro and 23 LMGTE Am cars join the five Hypercars. This year’s race also heralds the return of the Innovative Car category, and Frédéric Sausset – who in 2016 became the first quadruple amputee to finish the 24 Hours of Le Mans – has entered a full line-up of drivers with disabilities in a modified ORECA 07-Gibson. Elsewhere, the highly anticipated father-son duo of Jan and Kevin Magnussen will compete together for the first time in the all Danish No. 49 High Class Racing LMP2 entry, combining knowledge and extensive Formula 1® experience. Robert Kubica and Callum Ilott also make their debuts as the historic contest continues to attract talent and future stars from across the world of motor sport.

Looking ahead to this weekend’s race and the return of an anticipated 50,000 spectators at the fabled Circuit de la Sarthe, Kristensen says:

“We can expect higher temperatures than usual with the race being held in August, which may make tyre management more difficult. These conditions, plus the fatigue of a long season with no summer break, will be key elements that influence the racing. I’m very much looking forward to the return of fans – it is going to be incredible – you can really feel their energy when you race at Le Mans.”

The 24 Hours of Le Mans pushes the boundaries of human endeavour and technical precision, demanding dedication, reliability and unfaltering focus. The 86,400 seconds of the world’s oldest endurance race are not all equal. Each has its own value, its own emotional weight. The seconds to take the turns are metronomic, the ones on the straights exhilarating, those for overtaking heart-pounding. It is not just about racing the clock, but a movement through which a driver and his machine seek to embrace the flow of seconds, to fill each of them by pushing ever further.

A race lived through each second resonates with the Oyster Perpetual Cosmograph Daytona, a watch with different measurements of time, all legible on the same dial. A specially engraved model of this iconic Rolex watch is presented to the overall winners of the 24 Hours of Le Mans to acknowledge their excellence and high achievement, qualities for which the Swiss watchmaker is renowned the world over.