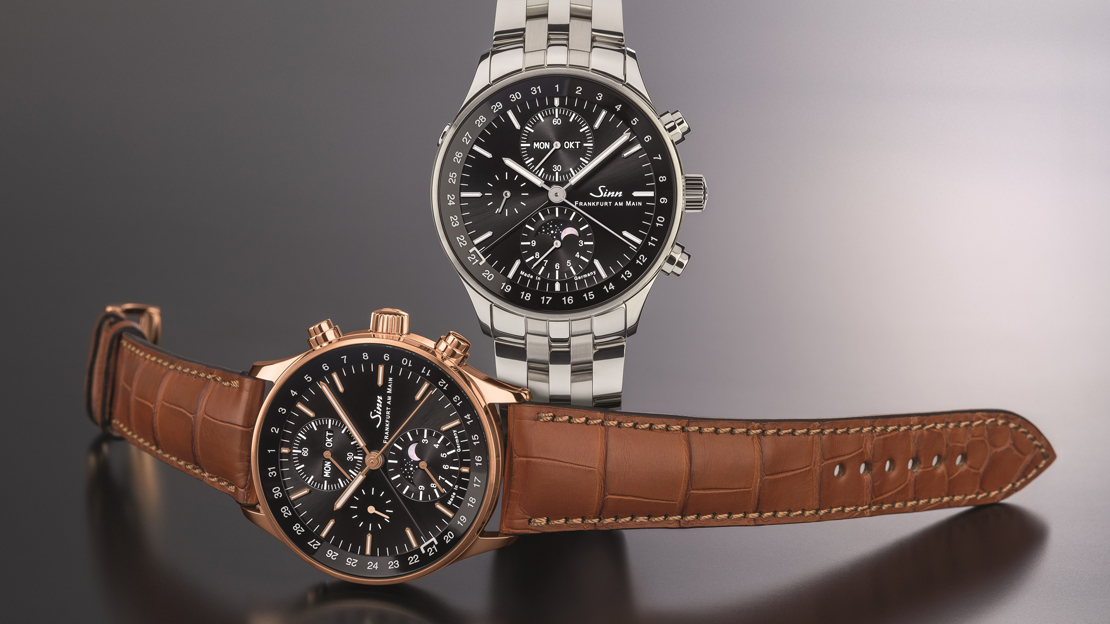 GUESS yuppies have just about vanished by the time the 20th century’s penultimate year rolled around. Dotcommers by then had started moving in. And the world had the Y2K bug to worry about rather than if the water on the table was indeed Evian.

Frankfurt native Sinn — not all neat German watchmakers hail from Glashutte — picked 1999 in which to launch a model that marked a rare departure from its tool-watch brand brief. This piece was dressy. Urbane. It suggested affluence. Yes, probably yuppie, but also just as techie.

Sinn called this then-new model the Frankfurt Financial District Watch, and the name is already brilliant by itself. It readily defined this Sinn was not for commandos, if not men who like black tactical wear and boots a little too much.

The USP of the original model 6000 Frankfurt Financial District Watch was its ability to display three time zones, a function pitched as perfectly useful to those who needed to know if trading had started in Tokyo and New York while still able to keep track of the home time in Frankfurt. It also had a chronograph. Now, Sinn being Sinn, not to mention it being German, the 38.5-millimeter-wide 6000 was a tidy, incredibly legible watch despite its numerous functions.

In 2014 the 6000 became the model 6099 Frankfurt Financial District Watch, which essentially was the 6000 only it had a 41.5-millimeter-wide case. Interestingly, the model 6052 Frankfurt Financial District Watch followed the 6099 almost immediately. The 6052 was a big change. Gone were the GMT function of the 6000 and 6099, its place taken over by a quadruple calendar — day, date, month, week number. But it retained the chronograph. It also used a new movement tweaked in-house by Sinn.

The 6012, whether in steel or rose gold, is no mere makeover of the 6052, though. The anniversary watch’s functions differ in a couple of ways, both seen on the subdial at 6 o’clock. The 6012 has traded in the week-number function of the 6052 with a 24-hour chronograph counter. A moonphase indicator has been added inside this subdial, too. The moonphase disc is made from mother-of-pearl, complementing the sunburst black dial. These really are substantial changes.

Retained are the 60-minute chronograph subdial at 12 o’clock, the small second subdial at 9 o’clock and the gorgeously sparse date track on the periphery of the dial. A simple pointer hand with a half-rectangle tip, rather than a clichéd crescent moon, indicates the date.

This date track, by the way, replaced the 24-hour GMT scale of the first two Frankfurt Financial District Watch models. But still inscribed on the dial is “Frankfurt am Main” — the city’s full name.

Unlike the first two models which relied on Sellita SW 500 movements, the 6012 (and 6052) is powered by Sinn’s cal. SZ06. Possibly starting out in life as a Valjoux/ETA 7751, the self-winding, 25-jewel movement has been modified by Sinn as its own. It beats at 28,800vph and is fitted with Sinn’s Diapal technology that allows the anchor escapement to function without needing lubrication.

The movement’s aesthetic revisions can be viewed through the sapphire crystal caseback window. Again departing from Sinn’s tool-watch vibe, the 6012’s ticker received decorative surface finishing on the bridges and plates, some blued screws, and a rotor on which engraved is an image of — well, what else? — the skyline of Frankfurt’s financial district.