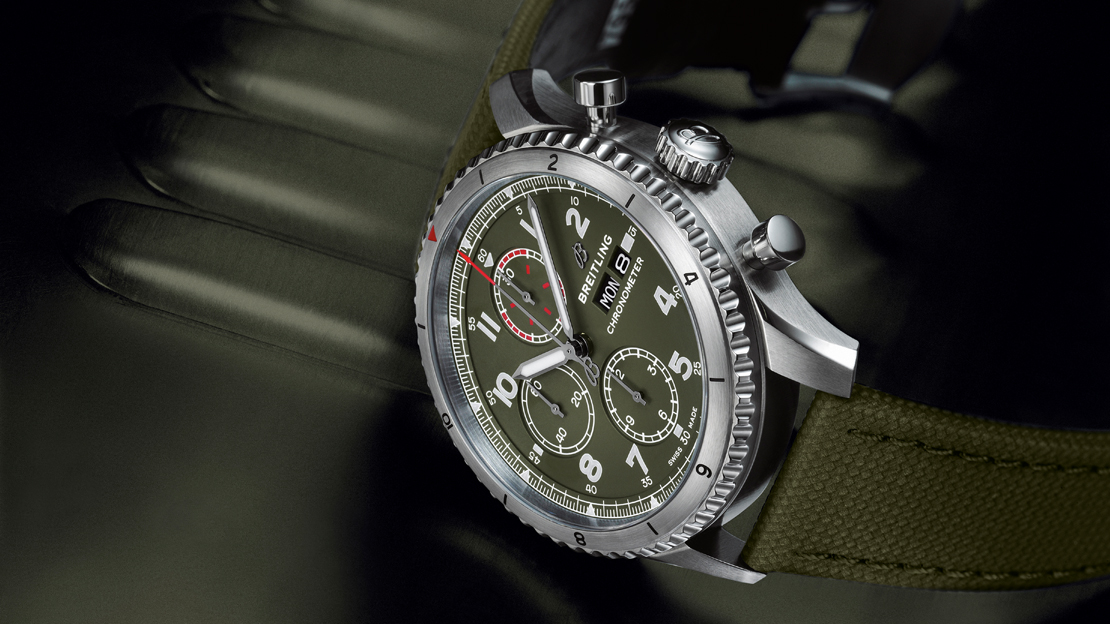 Breitling, the long independent watch company that changed hands a few years ago, is making big changes. In the energetic hands of industry star Georges Kern, they are looking deeply into the brand, both forward and back. Mr. Kern said once again that he was hugely surprised by the richness of the catalogue of Breitling, of the pieces from the past that many but the most hardcore enthusiasts never realized were part of their history. Forward because they don’t want to be ruled by that past but rather guided by it.

We walked into the recent launch of the new Breitling line, and the space had the feel of your usual airplane hanger dressed up for a show. But there was a difference. The photos on the wall had women. And what looked like a kid wearing big goggles. And an astronaut. This, Breitling and Mr. Kern say, is the world of aviation as they see it. The history, the excitement, the potential. Above all else, it isn’t individual. It is and always will be a team effort. Their team here was diverse in many ways, just as our world and life are increasingly becoming.

So the new Breitling pieces were quite interesting, as was to be expected under this new leadership. But what was really wonderful was seeing all the old classic and often hidden Breitling wristwatches come out. They were on the wrists of enthusiasts and in displays in many boutiques. It’s very possible that so much attention was paid to the latest and greatest of the brand that not enough was given to the old pieces. It’s arguable then that many pieces have been under appreciated. With many of these old watches now getting the spotlight, that situation may well change. At the very least, we have already been seeing some truly stunning pieces of which we were never really aware.

We look forward to much excitement.

For Your Reading and Viewing Pleasure

Are We In A Renaissance Period For Watches?