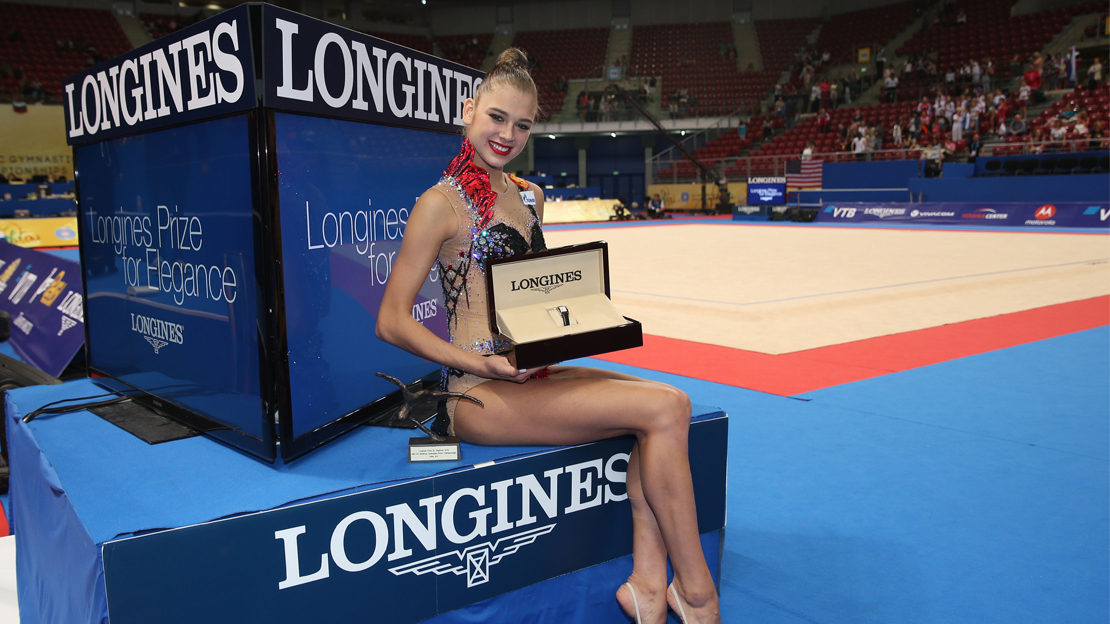 It’s a discipline that depends so much on timing, and so it is only fitting that Longines’ dedication to precision set the tempo at a rhythmic gymnastics competition.

Well, Longines has for more than three decades now been involved with the International Gymnastics Federation. In this capacity it served as the official timekeeper in the 36th Rhythmic Gymnastics World Championship, held from September 10 to 16 in Sofia, Bulgaria. For the occasion, the Swiss watchmaker presented to a deserving individual its Longines Prize for Elegance — an award that since 1997 the company has given to the most captivating and graceful gymnasts.

Besides von Kanel, comprising the jury were Morinari Watanabe, president of the International Gymnastics Federation; Maria Petrova, ambassador of the event, as well as a three-time world all-around champion and three-time European all-around champion; and Dmitri Dmitriev, regional sales manager at Longines.

Longines during the event also highlighted the ladies model from its Master Collection Blue Edition. Seen on the wrists of Longines Ambassadors of Elegance Arina Averina and Dina Averina — the 20-year-old twin sisters who are both rhythmic gymnast champions, and also compatriots of Soldatova — were the new sunray blue-dial dress watches that are adorned by diamond indices, silver polished hands and blue alligator strap.

At the competition — like in all the others organized by the International Gymnastics Federation — Longines provided the infrastructure and personnel for calculating times, presenting scores and processing the start lists, results and medals data that are displayed on the results screens, commentators’ information system and television broadcasts. Accurately and elegantly, at that, too.

When a luxury brand starts future planning for life on the moon, you know it will be amazing.

Romance is in the air as the day of hearts arrives.